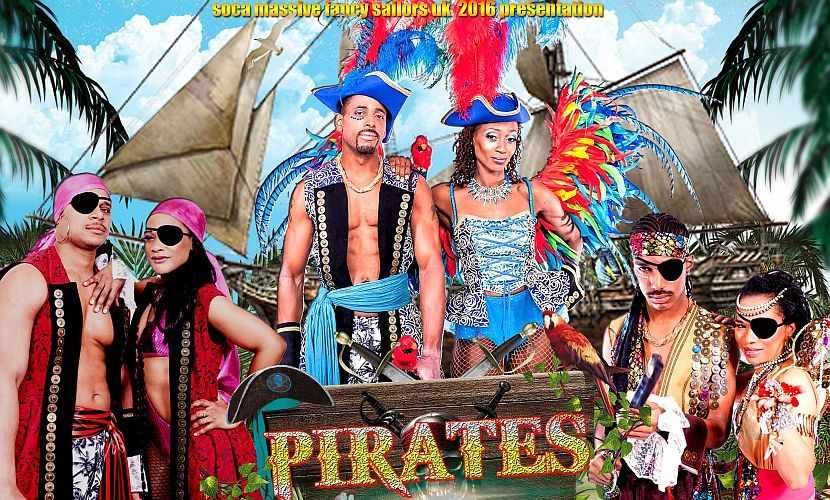 “This year’s Sailor presentation has been inspired by none other than “Pirates”. Throughout history these individuals were an infamous group of raiders, renowned for their robbery and criminal violence at Sea”!

Section one is “The Captain” influenced by the attire worn by Admirals. These Naval Officers are the highest in rank, in charge of leading the ship in battle, whilst also navigating it. They are dressed in Royal blue, turquoise and black trimmed with gold to symbolise their status, teamed with vibrant colours associated with that of the parrot, setting them apart from the lower ranks on board this voyage.

Sections two is “Quartermaster” which is essentially the Second in command and are responsible for keeping order on board and delegating work to the lower ranks. They are dressed in a shabby chic style that combines red, fuchsia, black and white with accents of gold.

The third section is “Treasure Hunters” This depicts the lowest work force on board. Their main purpose is to take orders from the Quartermaster. However they appear to have stepped out of their station, by trying to get away with stolen treasure. They are dressed in rags to echo their rank, yet are adorned in fine jewellery in a desperate attempt at gaining wealth and position.