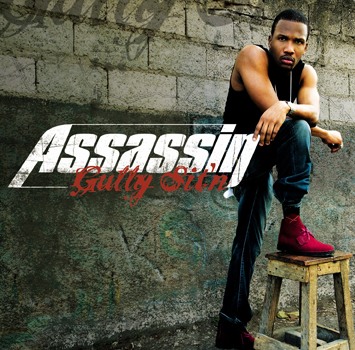 When Jeffrey Campbell first became involved with the music business at the age of 17, he adopted the moniker Assassin for a deliberate reason. Although he never claimed to be a killer per se, the DJ’s energetic, rough-edged vocal style and uncommonly well constructed lyrics allowed him to pick off all competitors with cold-blooded precision. Yet somehow they never see him coming.

Once upon a time, you could go back and forth with another artist lyrically and it would just be about music, and trying to establish dominance on a musical note. But when it starts to become about who is the bigger gangster, then it is not about music anymore. I am an artist. I am not proclaiming to be no bad man. I want to make music. I don’t want to be involved in a situation where me haffi start move like a outlaw, with a million man ’round you all the time. I never got involved in music for that purpose. I wanted to do what I love and contribute positively to the industry.

While still a student at Camperdown High School, Assassin wrote “Big Up All The Shotta Dem,” which Spragga Benz recorded on the Street Sweeper riddim. Before long, he was recording for himself, and from “Ruffest,” his breakthrough hit on the Diwali riddim and through Infiltration, his critically acclaimed 2005 debut album on VP Records, Assassin distinguished himself in a musical arena known for bluster and bravado. Debunking the common perception of reggae artists as dunces and reprobates, Assassin enrolled as a student at University of Sunderland in England, studying towards a degree in Business Management.

“I always make a conscious effort to try to learn and improve, as opposed to feeling like you already know everything and making your ego control your learning curve. So we try to learn from people who are making a positive contribution to the music. And as we go along we try to pick up the right attitude and work ethic. I always believe in maximizing potential. And whatever that potential is, I only would realize it through hard work. So I just continue to work hard and hopefully I will realize my true potential.” He said

After his critically acclaimed debut album “Infiltration” on VP Records in 2005, the 24 year-old toaster with an energetic, rough-edged vocal style and uncommonly well constructed lyrics, came back with “Gully Sit’n” (VP Records), was one of the most anticipated dancehall releases of the year in 2007.