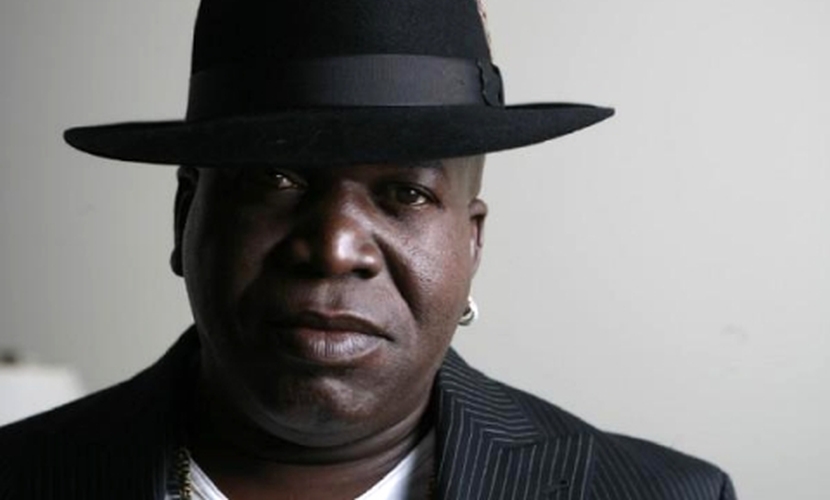 Born in Kingston, Jamaica, Barrington Levy was one of the first singers to challenge the dominance of DJs in 80s dancehall reggae, although his earliest recording, under the name of the Mighty Multitude ‘My Black Girl’ in 1977, predated that era. Following minimal success, but Barrington, continued recording and performing, and by 1981 Levy’s distinctive voice caused top producers of the day to sign him, His single ‘Ah Yah We Deh’, which sold reasonably well, but his fourth single, ‘Collie Weed’, was hugely successful.

Levy didn’t sound like anyone else, a melodious voice, with influence from Bob Andy with the energy of dancehalls lyrical style. Subsequently, a string of successful singles made his position ‘Robber Man’, ‘Black Rose, ‘Like A Soldier’, the massive hits ‘Money Move’ and ‘Shine Eye Gal’, ‘Prison Oval Rock’, including albums released between 1982 and 1985 capitalized on his success.

He performed his first UK gigs in 1984, including an appearance as a winner at the UK Reggae Awards. Linking with producer Jah Screw produced massive hit with -Under Mi Sensi’, followed by ‘Here I Come’, here in the UK charts when licensed by London Records, who also issued an album of the same title. Some say the crossover commercial success was where he lost his true sound, and peaked by the late 80’s, until signing with Island Records in 1991. He remains one of reggae’s most powerful original, and distinctive voices.