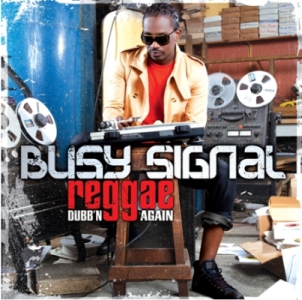 The exclusive LP will feature extended dub mixes for six of the album’s songs, which are all produced and engineered by Shane Brown and his legendary father Errol Brown.

This is the sound real reggae fans are after; live instruments, rock solid riddims and dubbed out mixes. These six songs were selected for extended mix by album by producer Shane Brown to highlight the real reggae roots running through the project. This old meets new hybrid is a new look for vocalist Busy Signal and one that his fans will surely appreciate.

Five of the tracks will be featured in a medley music video planned for premier at prior to album launch.