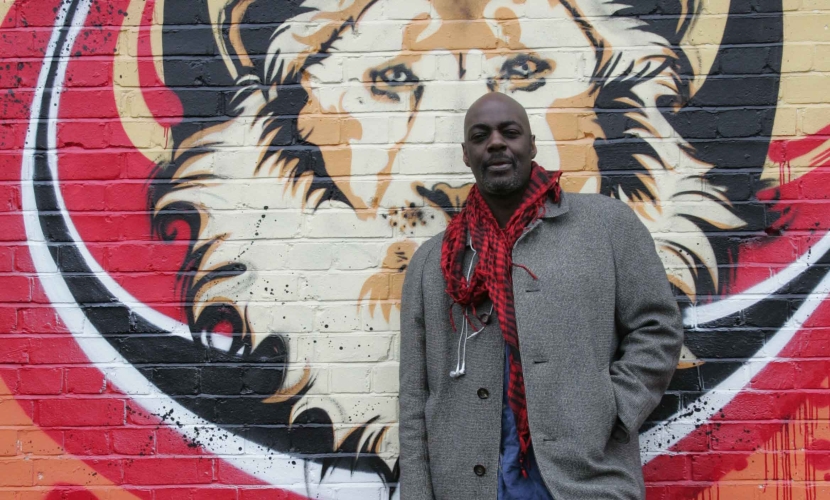 UK Dancehall MC Clapper Priest grew up in a household with young Jamaican parents in Dalston, as a result was introduced at a young age to the spirit of Jamaica with regular house parties and blues dances.

Started to obsessively collect rare and soul, funk and reggae records, early disco 45’s, CDs from an early age until in 1981 at the age of 20, he launched himself as a energetic, illuminating MC on the London sound system reggae scene. His reputation began to rise and in 1985 started to associate himself with the Paddington Terror Sound System working with the likes of Sweetie Irie and Joe 90.

By the mid to late 80s, Clapper’s career was moving skyward, becoming the MC and percussionist for Dalston-based reggae band One Style MDV, performing many shows around the UK and becoming active in the Rock Against Racism campaign. During this time they supported many huge reggae acts including Burning Spear, Gregory Isaac and Winston Reedy, to name a few and in 1988 toured with Joe Strummer for his Rock Against the Rich Tour. During this time Clapper Priest recorded his début single Rasta Far Out produced by Horace Truebridge, a futuristic journey looking back at things from a Rasta perspective.

In late 80s, Clapper Priest left the band to pursue a solo career which culminated in a number of musical projects in collaboration with the first black reggae pirate radio station in London, Ladbroke Grove-based DBC (Dread Broadcasting Corporation). Here he worked closely with the massively renowned DJ Lepke and Ranking Miss P, releasing the single Who Am I.

At the same Clapper Priest began working with Hackney Youth in Progress, the organisation born out of the police clamp down following the riots in the early to mid 80s. He began touring the festival circuit in Europe promoting Afro-Caribbean art and music with their fundraising wing Big, Broad and Massive.

In 1991 Clapper Priest did the BBM tour in the south of France with Double Embroil from Merignac and in 1991 he recorded on legendary French reggae artist Ton Ton David’s debut album for Delanor Virgin France record label.

Also that same year he toured Japan with DBC Dj Lepke 1992 onwards was very much involved of Culture Promotions’s Dub Club Operating as the resident Mc Then in 1994 toured Spain with their #1 reggae soundsystem Rockers Soundsystem from Barcelona, playing Valentia, San Sebastian, Bilbao, Henani and Barcelona and in 1995 did a tour with Shaka and Bim Sherman under Culture Promotions.

1997 Clappers met up once more with the crew who soundtracked the film Repo Man and was invited to perform on their subsequent album Generation United alongside artists including Rico Rodriguez on Ryko Disk record label on general release in the US.

Since then Clappers has been involved in many projects, including being employed as a musical director, directing a cast of a reggae musical Raggamuffin which toured around England in the early 1990s.

Following 2008 Soul Jazz release with Arial Kalabata. Of the tracks Londinium/Solution Clappers put Out a Demo EP Entitled ClapperpriestEP, which a generated a renewed interest in this artist and his material. Now working with four different producers recording songs, regular at the Passing Clouds jam and events, regular night at the Vibe Bar. He has also been working with the Uprising Crew from Cambridge with Sista Mary I, and the Reggae Roast crew from North London.