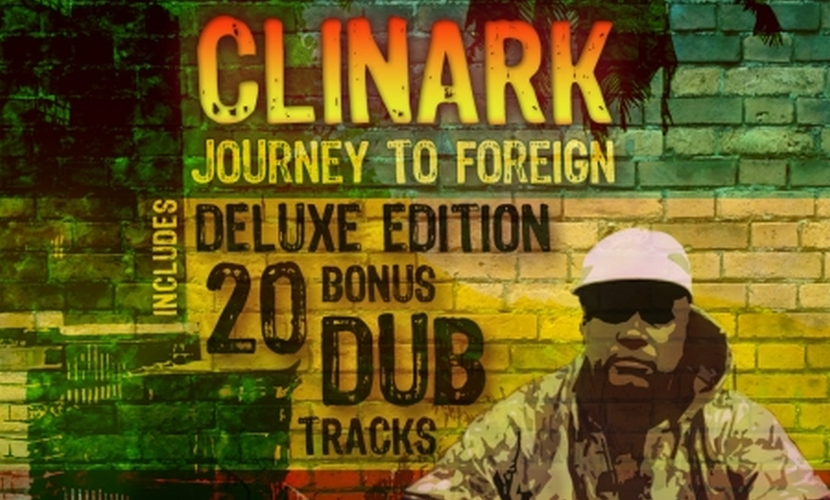 Bermuda born reggae artist Clinark, often compared to Garnett Silk with his abilty to span all ranges extending to tenor, coupled with the captivating spiritual stage presence reminiscent of Marley.

Clinark describes his childhood growing up in ’70s ‘on the Caribbean island of Bermuda, as ‘happy with a great community spirit’. As a child Clinark was heavily influenced by his Seventh Day Adventist upbringing and his love of reggae music, particularly, Bob Marley and the UK reggae group ‘Aswad.’

Clinark’s musical career began at the age of 15, when he sang and played keyboards and drums in Youth Creation Band. The band gained much recognition and a single was released called ‘Come in de land'(1985) culminating in an album in 1987 called ‘Jah is on our side.’ The band opened shows with Aswad, Third World, Steel Pulse, Dennis Brown and more and we find that he lists these performers in his repertoire of covers and cites these artists as his main influences for his music today.

Clinark went on to join a new reggae band called ‘Jahstice’ in 1995 until 1999 and together they performed at reggae festivals and toured. In November 2004, Clinark released for the hit single ‘ Dem Come’ (10″) which he sang under the name of ‘Dill-in-jah’ on the ‘Dread Unity’ label. It’s a song about world peace. It was a truly modern day cyber production with Clinark writing and voicing tracks in his native home of Bermuda and the production being done by Reuben in the UK. It caused a great stir with sound systems, fans called him the ‘The New Garnett Silk.’

‘Clinark said ‘ I feel it’s time to bring out this Deluxe Edition of Journey To Foreign as I had so many request for the riddims and the dubs. It took almost four years for the original album to be completed and we went through great personal struggles to produce the final works. Due to illness.I was not able to promote the work as I had planned so this gives me an opportunity to bring fans the extension of the work. ‘

Clinarks previous releases includes his tribute album to Micheal Jackson – ‘A legend and A Warrior’ Clinark says, “I tried to do a fitting tribute to Michael Jackson, while at the same time had to deal with my sister also passing early this year.’