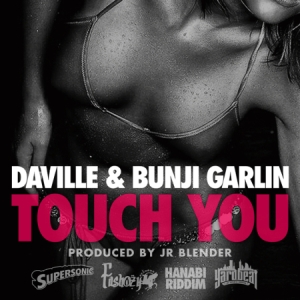 Singer Daville has inked a collaboration with soca icon Bunji Garlin. The single titled ‘Touch You’, is a fusion between reggae/ pop and soca.

Daville, who is currently on his Krazy Love album tour, told THE STAR that after coming up with the hook of the song, the producer of the track sent it to Bunji Garlin who jumped at the opportunity.

“You know say it’s just a vibes and energy at the right time. We were on tour throughout Germany, I was doing some work with Jr. Blender who produced the track, we were holding a vibes at the studio and I came up with the hook and just shaat it and then the producer sent it to Bunji. Bunji loved the vibes and he just jumped on the track,” Daville said.

Daville, who describes himself as a fan of Bunji Garlin, said although he and Bunji are from two separate genres of music, they have a mutual respect for each other’s worth and work, which made working together that much easier.

Since being released, the song has been gaining momentum daily.

“Me deh pon me album tour and just hear say the song with me and Bunji a get ‘Krazy Love’ in di streets, yu done know how di ting set, we di artiste dem can’t predict these thing, a di people dem ting still yu zi me,” he said.

Another of Daville’s songs which has also been gaining traction on the airwaves, is You Got Di Ting (remix). The song has been on UK’s new music top 30 Urban Charts for six weeks.

“Me a pree di Grammy too but it look like the reggae fraternity ready fi gi it to di rappers. Big up all my fans and supporters, follow me now pon Twitter. Go get your copy of my new album available on Itunes, Amazon and in all leading record stores. Krazy Love slap weh!! A nuh me say eno, a di streets, Fashozy fi life.”