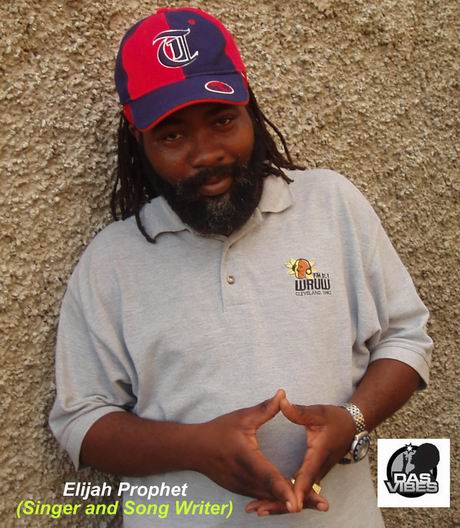 Elijah Prophet was born and raised in Westmoreland, Jamaica, West Indies. At a young age, Elijah began singing under the mentoring of Garnet Silk and Uton Green. These years were spent in the cool hills of Parish of Manchester. At the time, Garnet Silk was unknown to the world of music and was djing under the name Bimbo. Singer Uton Green took on the dual role of godfather and teacher and remains to this day a mentor to Elijah. The next step was in 1991, when Garnett Silk would take Elijah to Courtney Coles Roof Talent Show every year and Elijah would sing with the band. These live appearances helped Elijah earn a reputation as a singer with a powerful voice and a strong stage performance.

Elijah first visited a recording studio in 1996 with producer Jimmy Hinds. This session produced the singles Mr. Badman and Mankind. The same year, Elijah Prophet received the Best New Artist award in the Stone Love star search contest. This award caught the attention of other Jamaican producers, leading to a series of singles like: ‘I Can See Dem’, ‘Burn Down The Walls Of Babylon’ and War A Gwaan. These conscious and often unapologetic nature of Elijaha’s lyric drew immediate attention “especially in the recordings like Shatter, where a parallel is drawn between in the street gunman and police . When asked about this, Elijah responded: Look, it doesn’t matter who you are. Whether you got a license to kill or you don’t have a license to kill, every man with gun is a gunman.

Radio stations in both Jamaica, and Toronto, Canada began to air the songs written and sung by Elijah Prophet. Both I Can See Dem and Burn Down The Walls Of Babylon charted. In Toronto each of the tunes topped the charts at number one and Elijah received a Tameka Award nomination for Best New Reggae Singer. Meanwhile, Germanys Pow Pow sound system voiced dubplates by Elijah and soon realized that they too would record his music for release on their Pow Pow Record label. Tracks like Put People First caught the attention of German reggae lovers in 2002. More Pow Pow material by Elijah followed in the form of â€œBack For Good and Kings of Kings and built a loyal following to Elijah which was spreading in Europe.

Dasvibes Production stepped in and took on the management role for Elijah Prophet in December of 2005. At this time Elijah has two new single ‘Children of the world and Revolution’ that is soon to be released, an album in the works, and his Second European Tour.