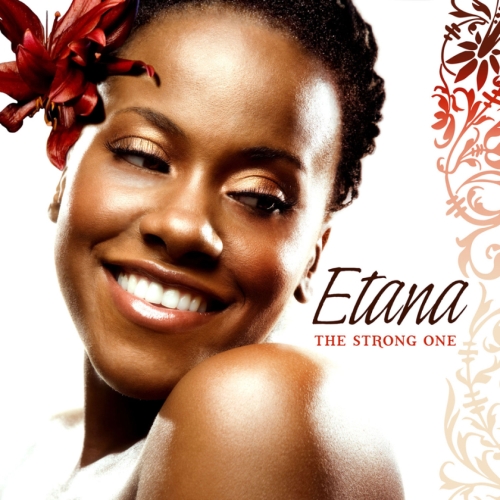 Etana with soft, soothing melodies. Her albums contain a captivating and emotive mix of music and lyrics which observes and celebrates the joys and struggles of life and love. The powerful but gentle tone of her voice and the beautiful melodies that she creates will help uplift your spirits. Motivated by a desire to deliver uplifting, inspirational lyrics, Etana’s regal countenance, captivating vocals and uncompromising messages of self-empowerment possess the ability to bring about revolutionary changes in Jamaican music.

“When I look at how women are being represented in Jamaican music and how little girls choose music, it chose me and for a real serious reason. I want to be a positive influence and change some of the things they are taught. I take my music seriously and I expect anyone around me to take it as seriously as I do.”

The seriousness of Etana’s musical mission was defined throughout her VP Records debut. From celebrating African identity on ‘Roots’ to extolling intrinsic beauty on ‘Don’t Forget’ to protesting global oppression on ‘Caltariba System’ Etana is making music as durable as the meaning of her name: ‘The Strong One’.

Born Shauna McKenzie, the only girl in a family of boys, Etana grew up in the eastern Kingston community of August Town where she currently resides. Her vocal talent was discovered when she was six years old and was overheard singing along to a 1981 hit by the group Air Supply.

“I remember sitting on my aunt’s step singing ‘The One That You Love’ and my aunt’s boyfriend came out and said ‘yo, sing it again, sing it on the mic’, and then everybody knew I could sing. I would sing with my Aunty Grace when she washed her clothes; I would close my eyes, I was so into it. One time me notice a pause and my aunt stop singing and I look over the fence and all the neighbors were looking at me. I ran to my next aunt’s house because I was so frightened.”

Etana migrated to the U.S in 1992. She went on to attend Broward Community College with the intention of becoming a registered nurse but fate, it seems, had other plans. Following her decision to prematurely exit college in 2000, Etana joined a female vocal group named Gift. At the time Universal Records was interested in their music so Etana reluctantly agreed to wear the skimpy outfits dictated by the music industry’s pervasive stereotyping of female artists; then one day, she could no longer conform.

“We were shooting a video and we had on Victoria’s Secret pink lingerie, thongs and black stiletto heels, and the cameraman had the camera in a compromising position. I was wondering ‘what is he looking at?’ I don’t even know him like that! I was very uncomfortable so I walked out and that was it.”

Etana returned to her Kingston birthplace with the intention of opening an Internet Café; music still beckoned but his time, it had to be done on her terms. Etana wanted to deliver dignified, emboldening words shaped by her embracement of Rastafarian principles , which include a royal representation of women, adhering to a natural lifestyle, and an acknowledgement of the teachings of Marcus Garvey and Emperor Haile Selassie I. That opportunity arrived in 2005 when a friend brought her to Kingston’s Fifth Element Records, who were then enjoying success with Richie Spice’s single ‘Earth A Run Red’ and his album ‘Spice In Your Life’. Spice was heavily booked for American and European tours; Etana auditioned to become one of his backup vocalists and so impressed Spice’s management team, she was immediately asked to accompany the Rastafarian singer on his tour dates. Etana gained invaluable experience as a member of Spice’s entourage performing throughout Europe and North America.

One day, while in the studio with the guitarist and percussionist from Spice’s band, Etana put together the song that heralded her arrival ‘Wrong Address’. Audaciously fusing acoustic folk with roots reggae rhythms and strains of neo soul influences ‘Wrong Address’ was based on the experience of Etana’s aunt being told to lie about where she lived in order to gain employment. The compelling single, which resonated with many hard working Jamaicans who live in poor communities that are further stigmatized because of gang related violence, was duly rewarded with heavy radio rotation, reaching the number 1 position on several Jamaican charts.

Etana’s second major hit ‘Roots’ was inspired by her travels to Africa (her very first solo performance was in the West African nation of The Gambia where she was showered with overwhelming adulation). Produced by Stephen Stanley, ‘Roots’ offered a powerful juxtaposition of African percussion and Jamaican patois expression as Etana cautions the youths to maintain their culture: ‘Yu cyan water down and dilute/yu cyan hide de truth from the youts’.

The remainder of songs on ‘The Strong One’ presents an eclectic mix of Etana’s ideas and influences, which include veteran soft-rock duo Air Supply, the queen of country-kitsch Dolly Parton, the king of reggae Bob Marley and the cultural efforts of Sizzla Kalongi. Another African flavored hit, the romantic ‘Warrior Love’, the roots reggae Rastafarian anthem ‘Jah Chariot’ and the self affirming soul-inflected ‘Don’t Forget’ were produced by saxophonist extraordinaire Dean Fraser who has won further acclaim for his production efforts on Duane Stephenson’s ‘From August Town’ and Tarrus Riley’s ‘Parables’.

“a code word for any system that creates oppression. Some people don’t want to face the seriousness and the struggles,so if you give them something to dance to with something to think about, it is a better mix.”

Etana wrote almost all of the 16 songs on her album. “That is the only way to express my feelings and the many sides of my personality, Music is supposed to be free like colors in a garden that is what makes it beautiful so however it comes to me on my guitar, in the morning, or in the evening, that is how I am going to put it out.” And her output is indeed a strong one.