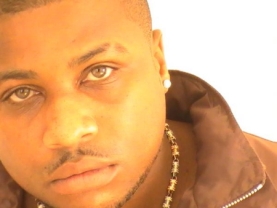 Gappy Ranks, born gifted, half-Dominican half-Jamaican, Jacob Lee Williams AKA Gappy Ranks spent his younger years discovering his passion for music and strengthening his own musical talents. At school Jacob devoted time in lessons to his own creative writing assignments that built the foundations upon which the persona Gappy Ranks was created.

His strong cultural roots from the Caribbean are evident in his music and many of his musical inspirations can be predicted such as Bob Marley, Alton Ellis and Gregory Isaacs. Yet his love for music is not limited to the dancehall genre, he considers himself to be inspired by artists of various music genres such as Ottis Reading, Micheal Jackson, and Celine Dion.

After leaving school Jacob’s life took a detour, as a result of issues such as homelessness and problems with the police, his music was no longer a primary concern. After tackling these issues Jacob started back in the heart of Harlesden to promote himself and his music. Throughout the years with the help of local sound selectors like Movie Star Jonny and Radio Stations such as Unique FM he decided to collaborate with uprising dancehall music group, Suncycle. This meant that his time was being spent in the studio, through which he began the learning process of studio engineering but later decided to expand his musical talent as a solo artist.

Being so diverse Gappy was able to collaborate with producers Kray Twinz, rapper Twista and MC Lethal B with the help of UK Producer Sticky. The new single What We Do Is out in all major record stores around the country and is receiving mass airplay on many mainstream radio stations. Some of his greatest musical achievements have been performing at Earl’s Court for a crowd of 17,000 people and also performing live at the Kiss Awards, which was also televised worldwide. However, Gappy still feels strong about his community and regularly commits himself in to Live performances around the area and surrounding areas.

His current agenda is never ending with new projects on a regular basis with people such as Jazzwad, Jet Star Records, Sticky, Cory Johnson (LOS Defenders) Major, Sting Ray and has also been flying over to Jamaica for self promotion with the help of Jagwa, who is one of many artists collaborating with the likes of Bounty Killer. Gappy’s forthcoming projects include his highly anticipated album that he is currently working on. Whether it is his love for his family or current events he uses music as a device to convey his message and personal beliefs.

Gappy Ranks’ message to the public is more than what’s currently happening on the streets, it’s of the future. “Carry on reading, education is a good thing and will guide you through life… It’s never too late to learn”