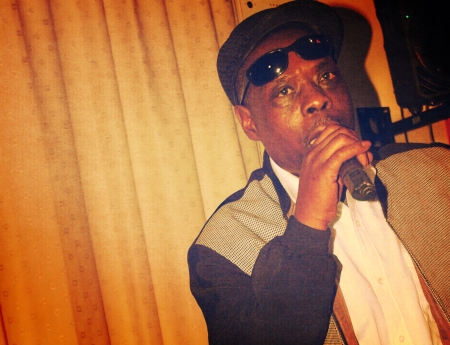 Born in 1957 in Wakefield, St. Thomas Jamaica, Isaac Smith aka I Kool, arrived in the UK at the early age of nine years old and has lived in North West London since 1967.

In the early ’80’s I Kool started his journey in music on a Sound System, formed with friends, called ‘Emperor of the North’ on which I Kool was the main mic MC. At this time he was known as ‘Jungle Irie’ and was quickly building up a firm following of local people. People from surrounding communities would travel to their dances to show their love for ‘Emperor of the North’. Being a ‘mic man’, was something he fully enjoyed, that feeling of entertaining the masses had left its mark on I Kool and with the rising success of ‘Emperor of the North’ sound system; he then decided to change from a mic man to a singer.

In the 1990’s he worked with Prince Hammer on his first release as a singer called ‘Flash it up Operator’ which did very well and was regularly rotated on all the major sounds, which in turn lead to his follow on track produced by Jah Son, on which I Kool collaborated with Trevor Dixon and did a cover of the group called Carlton & the Shoe’s Song, ‘Love me Girl’. On this track I Kool laid down his own original lyrics & style with his song called, ‘Treat the Girls Good’. The song was released by Jet Star and again was in full demand in clubs and on the streets of London.

I Kool’s success continued, teaming up with Paul Dorking and various other artists meant he continued to record good reggae music for the British demand.

In late 1990’s he teamed up with the drummer Fagan, and started to produce his own ‘riddims’ and releasing his own songs. He released his first song called ‘Jah Love’ on his label called, ‘Keep Playing Records’ then the song ‘Hey Girl’ followed by a release called ‘Fighting for Survival’ and many more for that era. He then teamed up with ‘Veg’ a composer from Birmingham, and together continued to build riddims for I Kool to voice on and in turn, produced some of his best work. Giving us great tracks like, ‘Crazy Over You’ and also ‘Only You’. These tracks are in daily air play on the radio stations across England and has fast establishing him as an artist that’s here to stay.

I Kool has perfected is craft as a performing artist doing live shows and is confident in his performance and has a very good stage presents.

“Having watched I Kool perform his hit track ‘my way’ we were left in no doubt he is very talented. This reggae re-make of this timeless classic song, made famous by Frank Sinatra is done to a very high standard indeed. Not only has he perfected his craft but he has also perfected the art of riddim building and getting the exact sound he wants, which makes him stand out from the crowd.”

I Kool is currently continuing to work as a artist and will continue to perform stage shows and release good music with the blessings of Jah. I Kool would like to extend his gratitude & love to all his fans for your support, from the four corners of the earth “Jah Love”.