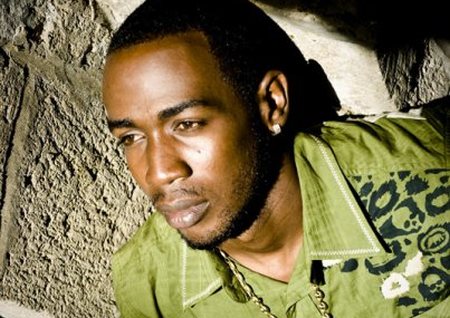 It is not hard for music lovers to identify Infamus’ songs from other local, regional and international artistes, for he has a distinctive style…a fusion of Reggae, Dancehall and R&B.

Infamus, born Kervin Benjamin, started singing at the tender age of 10, but it was only in recent years he saw his dream of becoming a professional artiste a reality.

In mid-2009 Infamus decided to pursue a professional career, and with the release of his singles and music videos, including ‘Coke & Hennessy’, ‘Used to Be’, ’21 Gun Salute (We Miss You)’ and his most recent music video ‘Feel Like Crying’, he had already solidified himself as one of the premiere artistes in the Federation.

What is it about this 20-year-old and his music that capture the very depths of his listeners’ souls, evoking emotions like none other? It is simple, according to Infamus. The Almighty has blessed him with a talent that cannot be denied, a talent that draws everyone.

The artiste’s first popular single, ‘Tell Me Why’, was released in 2007. It is a song that asked questions no one was asking at that time. In the song, he addressed why youths were dying and why mothers were left crying; an issue that greatly affects his country.

This song and others highlight the type of artiste Infamus is – all about singing for the people and their struggles as life is sometimes filled with pain and heartache.

He uses his music to give comfort to those who mourn. Not only is he an artiste but also a star footballer and track athlete. In early 2009, he travelled to Texas where he spent a few months training as an athlete.

On his return in June 2009, Infamus decided to make his mark in the music industry in a positive way and teamed up with Tru Capo Productions to produce a music video to his hit single ‘We Miss You (21 Gun Salute)’.

Finally, the people of St. Kitts and Nevis, notwithstanding its international appeal, had received a song that paid tribute to all the fallen loved ones over the years, whether by gun violence or natural causes. ’21 Gun Salute’ instantly became an anthem for mourning families.

The video, less than two weeks on the popular world video portal Youtube, had already received a massive 4,000 views. That was something that had never happened to any other local artiste in such a short space of time. That out pouring of love and support did not die; it continued to grow as Infamus received overwhelming love when he released his second music video – ‘Feel Like Crying’.

He teamed up with Tru Capo once again to produce this explosive video that had everyone singing ‘Sometimes I feel like just crying’. The track was another hit and a love song inspired by real life situations in which the artiste pours his heart out to his lover. Instantaneously, Infamus became quite famous and respected by his fans.

Then came his amazing performances at shows that had the crowds singing along word for word of his music. The young people, especially females, literally screamed to the top of their voices for the artiste at the shows.

His performance at the first ever Clash of the High Schools Competition and the Jah Cure Concert held at Carnival Village showed that he was loved and appreciated by the people, as their response was overwhelming.

His most beloved experience was at the Dr. William Connor School Show, where the children rushed forward and literally pulled him off the stage in excitement.