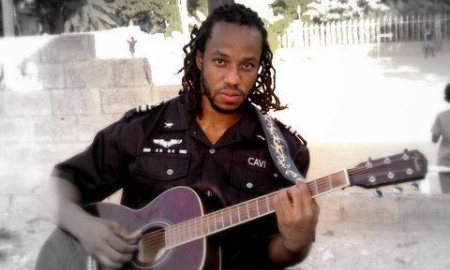 Upcoming reggae artiste Isat continues to impress as he works hard to emerge from the musical shadows of his father, reggae music legend, Big Youth.

The composed character of this lyrically-gifted singer, christened Isat Buchanan, goes beyond his years on earth. Through his craft, he plans to capture the hearts and minds of music lovers worldwide.

“I’m not satisfied with mediocrity. Anything you do in life you must aim for the best. When it’s right the first time you don’t have to do it over and that is the attitude I bring towards my music,” he said.

Its not the first time reggae music has produced such a father-son relationship and Isat said that the one he shares with Big Youth, who began his career back in the early 1970s, is the envy of many and it’s not just about music only. “Can I tell you something? My musical father is also my daddy. So, Big Youth to di world. He’s there for me in everything and been more of a positive than negative. I’m not trying to fill his shoes I am just honored to be one of his sons,” he said.

With his new single Unbreakable, Isat is poised to push the boundaries of his craft. Utilizing reggae music as a means of empowerment, this confident God-fearing singer is ready to take on the challenges of the highly competitive music business.

Isat claims to have an insatiable appetite for success and has been labeled on numerous occasions as a ‘perfectionist’ by people around him. “Maintaining the authenticity of reggae music is one of my main priorities, that’s why I call my album ‘Reggaenomics’,” he said.

He promises that the 14-track album which will be a thriller and he is very confident that it will help to trigger a renaissance in Jamaican music. He also stated that he believes the music needs a thorough cleansing at this time.

“It (Jamaican music) needs bleach, soap and water and I’m not looking a clorax commercial either. We need to uplift the potential of this country and teach the youths of the next generation how to improve themselves through reggae music,” he added.

By profession Isat works as a real estate agent, personal trainer and a certified public speaker but as with most musicians, the love of music conquers all. He also revealed that he gets ample support from his family members especially from his father and mother, Joan Porteous.

“I was blessed by God with this love for music and my mother and father has really been there for me. They showed me how to achieve things in life and not wait for anyone to put something in my plate,” he said.

Isat hopes that in the years to come he will be recognized not just as the son of a reggae legend, but as someone who has helped to mould a generation through authentic reggae music.

Already, Isat has impressed radio jocks and media representatives in London. He is featured in this month issue of London base Entertainment Frenzy newspaper and has been interviewed live by Daddy D and Empress on Jamrock Radio. During the interview, ‘Unbreakable’ and ‘Don’t Give Up’ (featuring Big Youth and Tafari) singles got multiple spins as Isat was officially introduced to Londoners. Unbreakable has been ‘well received’ in the United Kingdom and also getting spins by Halle Elderbridge of the UK Top 10, Ms Elderbridge flew to Jamaica to interview the artiste.