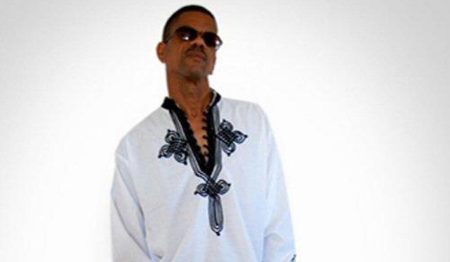 Lenny Deneb, originally born in St. Lucia, Eastern Caribbean, but raised in London, United Kingdom writes conscience provoking songs. His critically-acclaimed debut album ‘From the Sanctuary’ released under the artist name D7 includes such songs as ‘Pirates’, ‘The Begging Game’, ‘Families At War’, ‘U Can’t Run Nor Hide’ and others. The lyrics come at you with the velocity of an arrow shot from a bow. Lenny’s songs are the result of life long experiences based on his work with young people and families in crisis in the field of social science and the justice system.

These songs tell stories of social upheaval, injustice and lost dreams. However make no mistake, just like his music heroes Bob Marley, Bruce Springsteen, Ocean Colour Scene, U2, The Police and Lenny Kravitz among others, Lenny’s ultimate message is one of love, and that the human spirit can endure much and still emerge victorious. This energetic performer who was a co-founding member of fairly well-acclaimed British reggae band Cygnus has been described by the British music press as exciting, impressive and intelligent in his writing. His brand of reggae-rock combines the styles and influences of his aforementioned musical heroes, but the end product is all Lenny Deneb.

Following the break-up of Cygnus, the artist embarked on a solo career and ‘Mustique Girl’ and ‘Soldiers’ was released as an EP for LED Records and received rave reviews from the Black Echoes, Caribbean Times and also Capitol Radio disc-jockeys Nicky Horne and David ‘Kid’ Jenson. The third single for L.E.D Records ‘Who or What Turns You On,’ (recently turned up on the Discog website as a collector’s record) received the accolade of record of the week in The Black Echoes music magazine. A number of tour dates followed including playing support to Winston Reedy at Sussex University. Following this Lenny recorded a zouk-soca for London based Jamaican producer Bill Campbell titled ‘Shakedown Suzanne’. Lenny also wrote ‘Standing in the rain’ for Judy Boucher, the song appearing on her album ‘A new way to say I love you’ and the artist has also worked closely with producer Lindel Lewis and guitarist JJ Belle (deceased).

Lenny spent the period between 1998 to the present residing, traveling and working between St. Lucia and London; releasing his debut album ‘From The Sanctuary,’ as well as nurturing a number of young St. Lucian talents namely PCL Krew and One 2 One, and receiving a nomination for Producer of the Year at the first annual St. Lucia Music Awards. Lenny has continued his labour of love of refining the reggae–rock fusion sound, which was discovered by W.O.A International and subsequently signed him to a management and marketing deal for India and the Middle East. Lenny is currently engaged in the production of his second album aptly titled ‘Reggae Rocks’. ‘Settle the Score’ is the first single to be release from the album. This track has been licensed by WOA Records and included on the compilation CD titled ‘Various Artists Independent # 1’s Vol.1. The CD is currently available on iTunes, Amazon, CD Baby, Napster and others.

However the journey for this talented songwriter began much earlier. At the age of ten years Lenny migrated to England from St. Lucia, West Indies. Those early years were difficult and learning to cope with the life changes and a new environment. As part of his coping mechanism, Lenny would frequent the local youth and community center affectionately known as ‘Saxon’ in Mile End, east London, and this is where his love of music was first aroused, and his first music outfit Cygnus (name checked by John Lydon/Johnny Rotten of the Sex Pistols/PIL).

Cygnus released a number of singles for Greensleeves including ‘Babylon (you’ve got to set Jah children free), ‘Jahman’, ‘Thank you for last night’ and a cover version of the Peter Noone hit ‘Silhouettes’. These songs brought the band immediate success including media attention from Black Echoes, Melody Maker, Sounds Magazine, New Musical Express, Caribbean Times, West Indian World, The Jamaican Gleaner and positive comments from top disc-jockeys as David Rodigan and John Peel.

In his latest work Settle The Score, Lenny Deneb has married rock and reggae to bring us a compelling, high energy, reggae rock single (with blazing guitar riffs) that some have described as a blend of Bob Marley, Steel Pulse, Peter Tosh and the rock influences of Bruce Springsteen, The Police, and Lenny Kravitz among others. Recorded at 4YA studios and mixed and mastered by Rawle Alcide, the song is a contemplation on the emotional complexities of leaving home and making a mental and spiritual breakthrough.