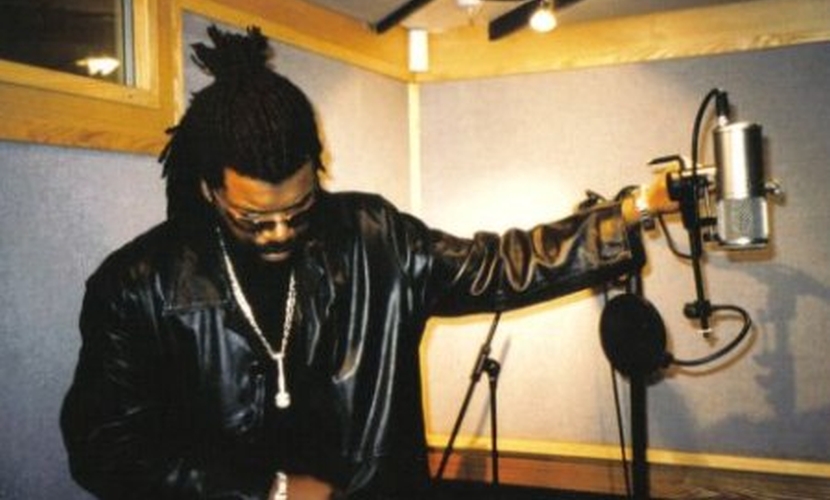 Over the course of the past two decades, Lloyd Brown has risen to the very pinnacle of his profession, and with a string of hit singles and critically acclaimed albums to his credit, is now hailed as one of this country’s best ever reggae singer/songwriters.

Born and raised in London to Jamaican parents, he began his career in 1979 by dee-jaying in ‘blues-dances’ before progressing on fully fledged sound-systems in the early eighties with London-based sound-systems Marcus, Exodus and East Man.

After taking a sabbatical in Jamaica, he then joined vocal harmony group Sweet Distortion, who were voted Best Reggae Newcomers by the readers of Black Echoes in 1984, just prior to their guest appearance on the BRAFA (British Reggae Artists Famine Appeal) single, ‘Let’s Make Africa Green Again’. Led by Lloyd’s namesake and early source of musical inspiration, Dennis Brown, this record helped raised funds for Ethiopian famine victims, and remains a milestone of UK reggae history. By 1987 ‘Sweet Distortion’ had successfully auditioned for the part of the Jackson Five in the acclaimed British musical, Black Heroes In The Hall Of Fame, but split up soon afterwards, leaving Lloyd free to pursue a solo career.

His earliest singles included ‘Music Medley’, ‘Ring Up My Number’ and ‘The Love In Me’, all of them released on Robert Ribs’ Unity label circa 1987. In the meantime, he’d started performing more demanding roles with Black Heroes In The Hall Of Fame, most notably those of Otis Redding, Marcus Garvey, Haile Selassie and Nelson Mandela.

Despite his success with other people’s songs, Lloyd was increasingly writing his own material by this time, as demonstrated on ‘It’s A Love Thing’, which marked the start of his long-standing partnership with dee-jay Tippa Irie. Their follow-up smash hit, Stress, caused controversy since it put into song what many men were thinking about their female partners, but both singles duly topped the UK reggae charts, then won the duo a well deserved contract with Arista, who released their follow-up single, ‘Baby Mother’ (another vibrant slice of social commentary), in 1995. An album recorded for Arista during this period was subsequently released as Combination on Discotex at the end of 2001 ‘Lloyd & Tippa’s association with Arista having ended as unexpectedly as it had begun.

Undaunted by such disappointments and eager to reclaim his popularity among grassroots reggae fans, Lloyd began recording with leading UK lovers’ rock producers Groove and Quarter, who issued his debut album, ‘Straight No Chaser’, in 1996. Among the many highlights was ‘A Mother’s Prayer’, which he recorded with a veritable Who’s Who of UK soul and reggae talent and dedicated to the memory of his mother, who’d recently died of cancer. Two other tracks, ‘Jah Works’ and ‘Increase The Peace’, offered early evidence of the roots and culture content he was to showcase on his next set, ‘Rhyme & Reason’, which he recorded for Saxon. Prior to its release in 1998, the singles ‘Need A Revolution’ and ‘Power Of Jah’ had marked a turning point in both his life and career. His new head of dreadlocks illustrated this change of direction, and he began writing lyrics with far more spiritual content than before, even whilst continuing to make sublime lovers rock hits such as ‘Night Shift’, ‘Blackbird’ and ‘Real Love’. He named Buju’s ‘Til Shiloh LP as a formative influence during this stage of his career, and after announcing that the emergence of the new cultural artists had taken reggae to a different plane, said he wanted to sing songs that will uplift people. His Saxon album thus had transformation at its artistic core, and with its emphasis on self-penned material, proved a masterly showcase of his talents.

Once Saxon producer Lloyd ‘Muscle Head’ Francis had decided to concentrate on his sound-system, rather than production, the durable Mr. Brown embarked on a run of hits for Jet Star that still shows no sign of abating three years later. Their most significant triumph to date has been a massively successful cover of Craig David’s ‘Fill Me In’, as included on Vol. 2 of Jet Star’s Pop Hits In A Reggae series. With ‘Fill Me In’ getting regular airplay in Jamaica where Lloyd enjoys widespread support. Jet Star then helped further his dominance with several other notable single releases, including ‘Hook It Up’, ‘Put It Down’ and ‘Memories’, which like Humanity Part 2 (recorded for Mikey Koos’ARM label), is another joyous celebration of old school reggae vibes, and so steeped in nostalgia, it could bring tears to the eyes.

In-between voicing for Jet Star and making preparations for his starring role in yet another musical, The Best Years Of Our Lives (starring alongside the great Pam Hall), Lloyd then began work on an independent project with former international hit maker Bitty McLean, who’d served his apprenticeship with UB40. Aided and abetted by Bitty’s production and engineering skills, and with his own creative ideas going into overdrive, Lloyd completed the nucleus of his album ‘Deep’ at Bitty’s Platinum Suite studios in Birmingham before adding a choice selection of Jet Star material into the mix. It was the kind of album only true craftsmen could produce. Its dazzling range of lyrical perceptions being matched to some of the most enthralling, contemporary reggae and crossover rhythms heard all year. I Know (inspired by Bob Marley’s Kinky Reggae) subsequently became one of 2001’s biggest reggae hits, even as Deep was being acclaimed as a masterpiece and his best album thus far.

By the time the follow-up, ‘Against The Grain’, was released two years later his tally of hit singles had swelled to include You Must Know, co-starring Don Campbell; Bless Me and the unstoppable Main Squeeze, which rocketed into the Reggae Top 5 on both sides of the Atlantic. Like its predecessor, ‘Against The Grain’ was another world-class collection, showcasing tracks like the popular Mr. Brown, Food For Thought (a version of Aswad’s Warrior Charge); he and Omar’s stunning cover of Stevie Wonder’s Feeding Off The Love Of The Land and the magical Love Within The Music, co-starring a galaxy of UK talent. ‘Against The Grain’ was nominated for Best Album at the 11th Annual Reggae Soca Awards in Florida; an event that saw Lloyd being crowned Best Newcomer for the second time in his career. His next set was Dreams To Remember, produced by Lloyd Campbell and released on VP Records in 2004. This album, recorded in Miami, yielded four hit singles in the shape of ‘Bless Me’, ‘Since You’ve Been Gone’, ‘Heartaches’ and ‘Bongo Nyah’, which soon gave Lloyd his second Reggae Top 5 hit in New York. Songs like that, voiced over Lloyd Campbell’s more traditional style reggae rhythms, fueled growing demand for his sublime vocal and writing talents in America. Its success prompted the release of an album shared with Peter Hunnigale as part of Jet Star’s celebrated ‘Toe 2 Toe’ series that same year. Here was an album that made artistic, as well as commercial sense, since both singers epitomise the best of UK reggae music.

Three of Lloyd’s more recent hits were included, namely ‘Full Hundred’, ‘No Watch Dat’ and the compelling ‘Black Bags’, together with other tracks that inspired comparisons with reggae legend Beres Hammond. Red-hot form like this saw him embark on a string of European tour dates with Sanchez throughout the summer of 2004, as he continued on his journey towards some long-overdue international recognition. His follow-up album for VP ‘Really Together’ featuring Fiona was cited by Lloyd as a ‘true labour of love’ as Fiona was an artist he really admired and wanted to work with-which proved its point in the finished product, also with the panel of the Grammys who have shortlisted the album for nomination for Best Reggae Album 2005. Now armed with album number 10 called ‘Said And Done’ in the bag (entirely self-produced) and his own studio RiddimWorks will truly demonstrate his skills as a producer in his own right with all he has absorbed over the last two decades.