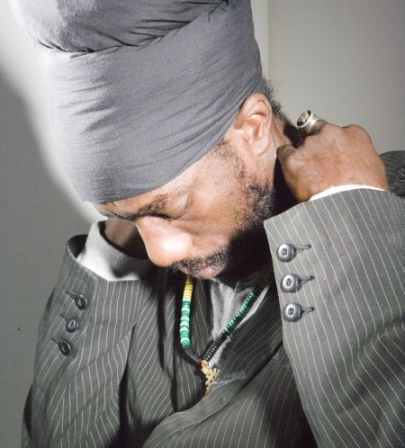 Miguel Collins aka Sizzla is one of the most influential and enigmatic artists in reggae. Since his emergence in 1995 he has blazed a trail through the deepest roots and slackest dancehall and then back again. His musical range and daring have made Sizzla difficult to label, yet, iconic at the same time.

Sizzla, was born into the close-knit community of August Town, Jamaica, in the foothills of St Andrew, Jamaica. He joined the ranks of the Bobo Ashanti faith in the early 90’s. The Bobo Ashanti group of Rastafarians worship Haile Selassie I and Prince Emanuel, who was the original founder of Bobo Ashanti. Their philosophy embraces repatriation to Africa and fire burns all forms of oppression and the Babylon system which they say is unfair and unjust.

Sizzla began his musical career with Caveman Hi Fi sound system and subsequently started recording for Zagalou label. He teamed up with Bobby ‘Digital’ Dixon for a series of singles but it was his extensive touring with fellow roots and culture artist Luciano that made people sit up and take notice. This experience allowed Sizzla to nurture his skills as a live performer, and to date fans old and new still flock to his powerful live shows, which continue to sell out world-wide.

Sizzla began working with Philip ‘Fatis’ Burrell of Xterminator, a highly respected modern roots label. From the outset their relationship was one of mutual respect and inspiration. A run of successful singles led to the release of Sizzla’s debut album ‘Burning Up’ (RAS). This was followed a year later with ‘Praise Ye Jah’ (Jetstar), which secured his position as Jamaica’s top conscious reggae artist.

In 1997 he released the now classic ‘Black Woman and Child'(Greensleeves), whose title track was a smash hit and became something of a cultural reggae anthem. The dancehall fused album garnered phenomenal responses from reggae and mainstream markets alike. There was more to come. In 1998 he was nominated for Best International Reggae artist at the MOBO Awards and the album found its way in various magazine’s top 100 albums of the year.

Sizzla continued to release a string of successful albums including ‘Be I Strong’ in and ‘Royal Son of Ethiopia’ 1999, earning him his second MOBO nomination, the spiritually driven, hip-hop influenced ‘Bobo Ashanti’ in 2001, and ‘Da Real Thing’ in 2002, where he concentrated on softer, mellower, more romantic material. With a catalogue of over 40 albums to his credit, Sizzla remains among the most widely respected figures in all of dancehall reggae, and still shows no signs of slowing.