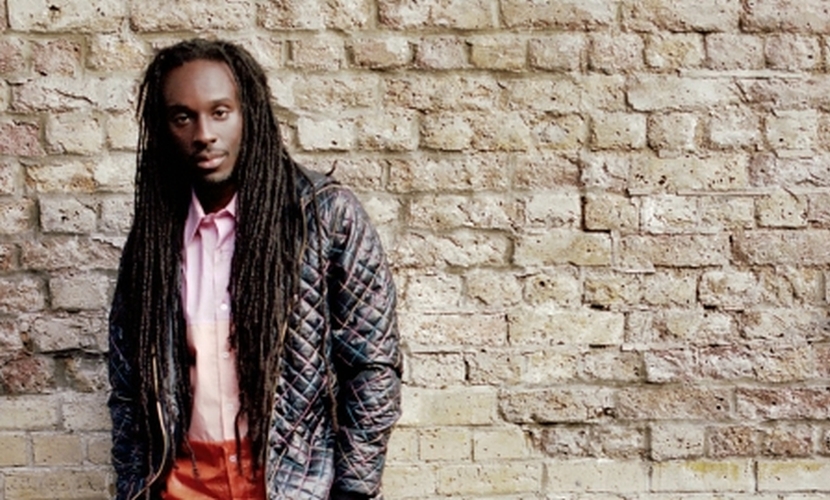 Rising from the cavernous rhythmic epicentre of his genetic reggae roots, Soloman, the talented offspring of Aswad’s, Drummie, ripped reggae into 2010 with the launch of his debut album, ‘About To Blow’, hot-footing swiftly off the back of his debut single, ‘Dreadlocks’.

Deep, gritty vocals enveloped around strong off-beat rhythms and interspersed with supersonic rappistry, deliver a unique ‘Soloman’ sound, that distinguishes his fresh take on reggae from the rawer, more typical version of the genre . His debut album, ‘About To Blow’, culminated in an eclectic melting pot of modern musical influences ranging from Shaggy, Sean Paul, Elephant Man, Beenie Man and Damien Marley, whilst also drawing inspiration from Hip Hop, R’n’B, Ragga and Rock. Produced by Derek Taylor (ex-member of Roachford and Gabrielle’s musical director), ‘About To Blow’, is a stunning collection of diverse and captivating commercial-reggae tracks. From the extremely unique re-rapped cover of Paul Simon’s, ‘Call Me Al’, his distinct re-working of The Kooks, ‘She Moves In Her Own Way’, and original Soloman-pennings including, ‘Can’t Stand Reggae’ and the title track, ‘About To Blow’.

Soloman also courts controversy as his forthcoming debut single, ‘Dreadlocks’, kicks back at the Government’s neglect of the current financial crisis which has forced thousands into home repossession. Soloman believes this situation could have been avoided if the government had tackled the problem at an earlier stage, instead of simply ignoring it. The album also treats audiences to an unscheduled Aswad guest appearance with a special band interlude. ‘About To Blow’, traverses the entire spectrum of musical genres and sounds, adding a subtle pop-reggae sprinkling, that’s sure to appeal to the widest of audiences.

The Soloman story is little short of incredible – a pure demonstration of how true talent quite literally pin-points its blinding spotlight on chosen gifted individuals and catapults them into its unplanned limelight.

Soloman was brought-up in the throbbing heart of Brixton, South London. His father was, Drummie Zeb, a founding member of Aswad, the UK’s most successful reggae band ever, so inevitably Soloman was raised on a hearty diet of reggae music from birth, with everything ranging from Bob Marley and Yellow Man, right through to Musical Youth nurturing his young and influential mind. One of Soloman’s earliest memories is dancing on stage at the age of just 5-years-old with Aswad and Shalamar, so it’s no surprise that he went on to study dance at London’s, Brit School. Soloman became part of a dance group and often beat-boxed or played drums during performances – but never once sang.

Until one day, during a phone conversation with his dad from the recording studio, Soloman overheard a track in the background, which caught his attention. The track was on the line up for the forthcoming Aswad album and needed a rap, a job for which Soloman volunteered his talents – even though he had never rapped a line in his life!

As Soloman stood by the mic, with a crumpled page of scribbled lyrics in his hand, neither he nor the band knew what was going to come out of his mouth. Then a huge wave of confidence swept over him and he just went for it – the result was amazing and the rap secured its place on one of Aswad’s biggest UK hits to date, ‘Shine’. Video shoots, Top of the Pops performances and global gigs to 15,000 strong audiences followed. At the age of just 15-years-old, the talent of an unsuspecting Soloman had quite literally exploded across the world. Since then Soloman has performed live with Leftfield and recently supported UB40’s Ali Campbell on tour.

Now, Soloman dons the solo-man mantel as he continues his incredible singer-songwriting genius to the UK. His beaming smile says it all and radiates Jamaican sunshine before he’s even sung a note. !