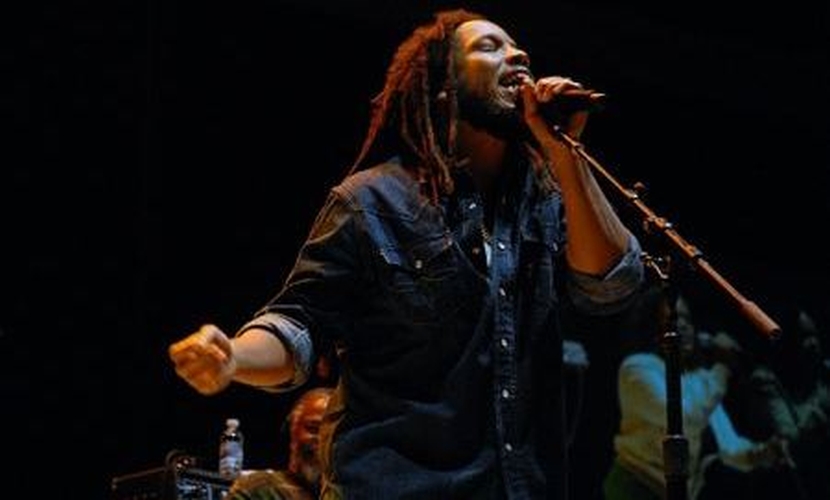 The celebrated Marley siblings have long become a permanent fixture on the global musical landscape, stacking up individual critical acclaim for as long as they can remember. In fact, all are multiple Grammy winners with Stephen being the latest to etch his name on that illustrious roll of honour for his fine solo effort ‘Mind Control’. Son of the legendary Reggae icon Bob Marley, Stephen has always been the driving creative force behind the music of his brothers (Damian ‘Junior Gong’, Ziggy, Julian and Ky-Mani) and sisters (Cedella and Sharon of The Melody Makers).

But, the writer and producer of five Grammy winning records for his siblings is a singer, songwriter and multi-instrumentalist in his own right and has recently stepped out from the mistiness of the studio boards to steal a piece of the limelight for himself. The ‘Mind Control’ joint shows us what Stephen is really made of and with the fervent backing of fans and critics alike, the set got the thumps up for being ‘Best Reggae Album’ at this year’s Grammys. “It’s all about spreading the love and positive Reggae vibes to the people of the world”, says Stephen of the album. “We’ve been on the road since last year March touring the USA and just recently Europe, taking in Germany, France and Switzerland. All of our shows have had such great responses that we feel truly blessed to be able to do what we do”.

No doubt inherited from their father, all of the Marleys are excellent stage performers – gifted with a vibe that can truly captivate any audience. Such was the case recently when Stephen opened for Alicia Keys at London’s 02 Arena where sparks flew especially when he covered some of his pop’s most treasured gems like ‘Buffalo Soldier’, ‘Could You Be Loved’ and ‘Three Little Birds’. The euphoric sell-out crowd broke out in a frenzy with the intro of Damian ‘Junior Gong’ Marley who leapt around stage with Stephen performing their mega hit ‘The Traffic Jam’ – thoroughly entertaining stuff.