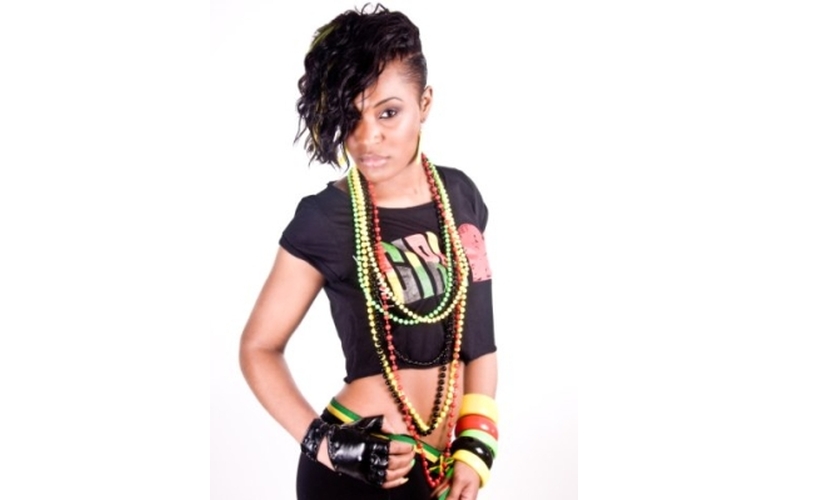 UK Based Reggae Star Tenza, hailing from Kempshot of Montego Bay, Jamaica, is a musical angel in disguise. Born and raised in a large family of fifteen, with 9 brothers and 5 sisters, she grew up in a life of struggle and disappointment so she certainly knows how to appreciate all of her blessings that she has been given and her musical talent was definitely one of those blessings not taken for granted.

Tenza left Jamaica when she was only fourteen to reside in the UK, in the town of Slough. For Tenza it was a difficult time, leaving all her friends and family, and begin a whole new life in England. At first, she found it hard adjusting to the new culture especially in school.

Tenza has always retained a strong passion for Dancehall and Reggae music that was so prominent in her life. Living the life she lived back in Jamaica, it was the empowering and highly uplifting sounds of Bob Marley, Yellow Man, Beres Hammond, Bounty Killer, Denis Brown, Lady Saw, Super Cat and Beenie Man that kept her faith and hope strong throughout all these years to make it and become what she has become today.

Tenza’s latest album ‘Pon Dem Endz Again’ is filled with Soca and Reggae melodies and some European uptempo dance tracks. She displays confidence in her self-worth with tracks that will compel you to press replay. In particular her chart-topping singles ‘Waistline,’ featuring Chedda, ‘Push and Turn’ and ‘My Love Is Like’ which proves that she has the potential to fully carry herself as dominant female artist in the highly competitive reggae market.

The sexy sin-jay dub ‘The Boss Lady’ in Europe, team’s up with long time producer Chad Williamson from Suncycle a long with productions from her black spyda records and her own TMD Records label producers. Tenza maintains that she dose not have to work with top-notch producers and record label to elevate her star status on this album.

Tenza shows a different side with “Joe Grind’, and she he sing-jays on the reggae-driven tracks, ‘Loving you’, Want a Natty, and Fire works.

Alongside her music, Tenza has been busy promoting her own club and Rave wear clothing line ‘Rasta Fetish’ and is also set to unveil a 2nd called ‘Teez’ an urban and causal wear range.