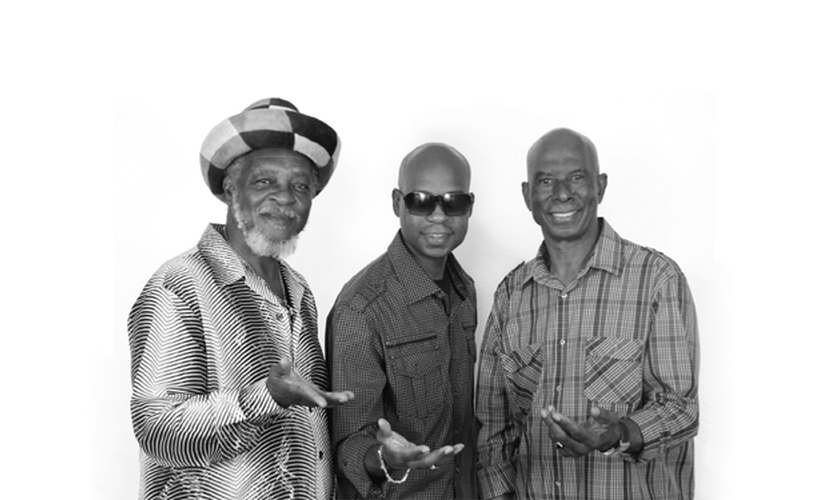 It was in the midst of the memorable Ska era, or more precisely 1962, that George Murphy aka ‘Clive Tennors’ and Alvin ‘Cheng Cheng’ formed a vocal duet called ‘The Tennor Twins’. Both singers performed together at numerous Ska venues on many occasions and recorded their first songs for Duke Reid’s Treasure Isle label with The Skatalites as session musicians.

In 1965 Alvin left the group and Clive teamed up with the the late Maurice ‘Prof’ Johnson. So there they were, two again, and The Tennor Twins continued with Clive as the lead vocalist on most of their live shows. By 1965 Ska had come to its end and with it ushered in a new era called ‘Rocksteady’. In 1967, at the invitation of Clive and Prof., Norman Davis joined the group for in-studio performances. Since they were now a trio, Clive decided to rename the group ‘The Tennors’.

It was at the legendary Studio One label, owned by ‘Sir’ Coxone Dodd, that their first recordings were done and released under the ‘Downbeat’ label. Their song ‘Pressure and Slide’ was their first recording as The Tennors and became the biggest hit in Jamaica for the year 1967.

Tragically, Johnson passed away in 1967. Deeply saddened by his friend’s death, Clive was now more determined that the group should continue, and invited Nehemiah Reid to join the group. It was while on a break in the countryside that Clive was bemused with the antics of a donkey owned by his in-laws, which made it unrideable. Then the idea hit him – write a song about this donkey! Returning to Kingston, the group recorded ‘Ride Yu Donkey’ and the rest is history. Thus it was that The Tennors presence in the annals of the Jamaican musical scene was launched forever.

There was yet to be another change. With the departure of Norman and Nehemiah, two exciting newcomers, Ronnie Davis and Milton Wilson joined the group – Ronnie as lead singer. With a freshness of spirit the group forged ahead relentlessly with such smash hits as ‘The Stage’, ‘Another Scorcher’, ‘Massi Massa’ and ‘Weather Report’. They became one of the most outstanding groups in Jamaica, and their consistency earned them the title of best performers in the Jamaica Festival of 1973 when they performed the song ‘Hopeful Village’, which was released later on the now famous Duke Reid Label, ‘Treasure Isle’.

The Tennors also found their international niche when many of their recordings became favorites around the world. As a testament to the strength of the group’s music, ‘Ride Yu Donkey’ was a featured track in the 2005 French-American film, ‘Broken Flowers’ which starred Bill Murray and Sharon Stone.

In 2012, after a near 35 year hiatus, The Tennors have reunited! Current members are George Murphy aka ‘Clive Tennors’, Ronnie Davis and new member Henry ‘Sadiki’ Buckley, Jr.

The group is busy writing and recording songs for what will become the first album of new material in over 35 years. The first single ‘Jamaica 50’ was released in April.