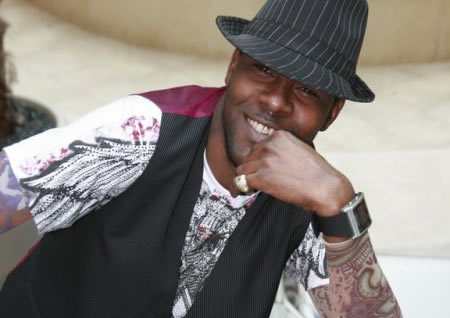 Soca artist Benjai has made an impact with his career making significant contributions to the sound of soca. He has been making hugely popular hits consistently over the years and that trademark ‘Benjai sound’ has influenced the music of a number of successful young artistes and musicians.

Born Rodney Le Blanc in the twin-island republic of Trinidad and Tobago, Benjai comes from the eastern community of Arima, which boasts a rich tradition of music and was the birthplace of legendary musical icons such as the calypsonian the Lord Kitchener and broadcaster Holly Betaudier who is credited with playing a major in keeping traditional parang music (Spanish Christmas songs) alive over the last four decades.

In the early years of his career Benjai participated in soundclashes alongside other youth who would gather in Arima and other parts of the island to lyrically spar against each other. Having proved himself as one of the more proficient freestyle lyricists, Benjai in 2002 took his talent into the recording studio where he recorded his debut single, ‘Over And Over,’ which proved an instant runaway hit, paving the way for what has thus far been a phenomenal career.

Although making great strides as a solo artiste Benjai accepted an invitation from longtime friend, Bunji Garlin who was in need of a strong vocal presence alongside him in the Asylum Band. Garlin himself was riding a crest of success and the union of these two created an unstoppable musical force that stormed through the Caribbean and North America.

The next artist to come knocking on Benjai’s door was Machel Montano who, impressed by Benjai’s composing skills and performance style, invited him to be a part of the world famous HD Family. This move led to the creation of ‘Amnesty’ one of the most poignant songs of the last decade addressing the effects of crime on the nation. Composed by Benjai the song featured him and Montano in a stellar duet performance.

He continued to make popluar tracks and successfully tour, and for the 2011 carnival season he came with his hit ‘Wine To The Side’.