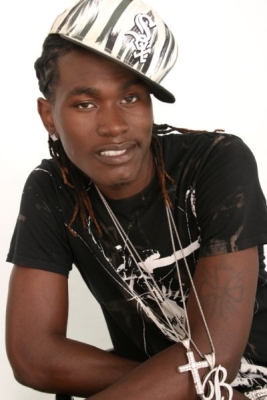 Soca artist Brother B was born in St Mark’s Grenada, West Indies. He starting singing at an early age, spending nine years singing reggae and taking part in competitions around the island before deciding to enter the Soca arena.

In 2007 at the age of 23 Brother B teamed up with legendary producer Jimmi King of King Beat Studios in Grenada and went on to win St Mark’s Soca Monarch in 2007, and made it through to the semi finals of Grenada’s Soca Monarch. His tunes ‘Pork’, ‘Explosion’, ‘Carnival Start’, ‘No Horn’ and ‘Give it to You’ became hits across the Caribbean, UK, USA, Canada and parts of Europe. Parang Season 2007 Brother B’s track ‘Pork’ for the Christmas’ was an instant hit alongside, ‘Hard Whine’ and ‘Living in Love’.

The following year he went through to the finals in Grenada’s Soca Monarch, won third place in Grenada’s Village Soca Monarch, and won best song at the Grenada’s Soca Monarch 2008. Brother B was named the best overall artist in 2008 by Grenada’s Carnival Committee due to his versatility and positive lyrics.HE went on to release a huge track called ‘Ah Little Wine’ which sent people into a dancing frenzy in Grenada and across the world. Other tracks include, ‘Mama cry’, ‘Bad Like We’, ‘Wine Down’ featuring Mr Killa, ‘Little Wine’ the remix featuring Lava, ‘Loose’ on the Beat it Riddum.

Brother B has performed alongside artists including Allison Hinds, Bunji Garlin, Faye Ann Lyons and other greats in the industry, and continues to go from strength to strength.