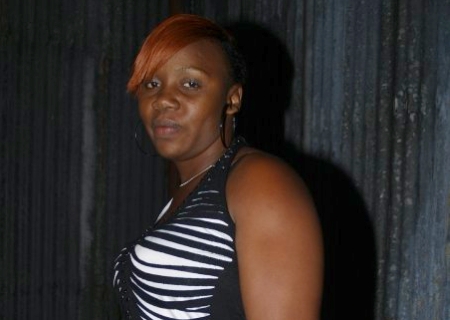 Buffy rises to Stardom! How many times have we heard the same complaints about Soca and Soca performers? Everybody sounds the same, the same artists every year, no room for new talent are some of those complaints. In what seems to be a response to the more discerning fan and maybe because of the absence of some of the more well known talents, Many young new and exciting performers have stepped up to the plate. Leading the pack of ‘newbies’ is the female phenomenon who goes by the name Buffy. Not that she does not deserve the immense popularity she is experiencing this year with her chart topping hits, but as they say success comes when opportunity comes knocking on talents’ door. This year Buffy has answered the call in style!

Chrystal Cuffy carries the sobriquet ‘Buffy’; a young wife, mother, recording and performing artiste who hails originally from Couva but currently resides in Claxton Bay. Buffy first recognized her ability to sing while attending Couva Anglican Primary. Now, some fifteen plus years later she is living her dream, which at one point seemed to be turning into a nightmare.

When Buffy released her first song for Carnival 2k9 it received very little airplay on radio stations in Trinidad and Tobago enough to dampen the spirits of even the more experienced bards. She however saw the set back as motivation to continue pursuing her goals. Now that she has three songs receiving tremendous airplay, she is happy she did not give up the struggle. Her track ‘Buffy & Thick’ which was released for Carnival 2k9 is motivation for the girls with a little bit extra on the side ‘the thick sweet and sexy gyal dem!’ where she tells the less fluffy girls not to hate on the ‘girls that buff’ and encourages the girls with a little more meat on their bones to be more confident, like she certainly is… ‘Buffy & Thick’!!!

Her second song ‘Anything’ is about pure waist movements, bacchanal and freedom in a soca dance where as she says: “Man wining on anything…woman wining on anything” She continues to bring a new urban flavour to Soca, with great crossover appeal to the Soca fraternity. Her final offering for the carnival season; ‘All Night’ is a Groovy collaboration with Soca artiste Rocky that has flavourings of dancehall, while still maintaining that carnival frenzy. Not your average wining song it plays like a drama showing our ability to transform into party insomniacs every year.

Buffy did not jump directly into the Soca game. It was not till after obtaining her CXC passes and gaining both Accounting (School of Practical Accounting) and Business Management Qualifications (University of the West Indies); that she decided to pursue her passion seriously. Chrystal says “I decided to use my talent to create a career for myself. I always wanted to be independent and do my own thing…and be successful!” However things did not go as smoothly as she imagined though.

The death of her dear friend and producer, Akim Farmer, brought her early efforts to an abrupt end. When he died in a vehicular the pain Buffy felt was unexplainable and part of her as well as her passion for music went with him. It was at this time that Buffy decided to abandon all plans of becoming an artiste. It was the persuasion of her husband that fuelled her enthusiasm again; the results we see today.

Some say that Buffy sounds a lot like a mix between Dancehall DeeJaying and bacchanal Soca mash up! She admits “The dancehall flavour in my music comes from my early love of that style of music. The vocal flow and the roughness of lady Saw was a strong influence” Buffy maintains though that “even though that was my initial vibes I am 100% Trini and I respect and admire all the ladies who represent from Rose to Fay-Ann to Destra and especially Saucy Wow!” Buffy promises that we would hear a lot more of her unique style of soca, as well as Dancehall and reggae tracks as soon as the smoke clears from Carnival 2k10.

Buffy has been performing in all the major events for Carnival 2k10 and hopes to continue flying the Soca Flag high locally, regionally and internationally in the future.