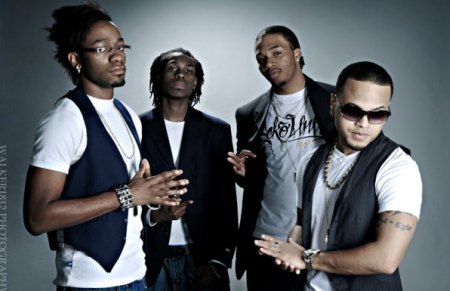 The energy of Soca, the swagger of hip-hop, the sensuality of R&B and the uplifting vibes of reggae; giving you something unique, giving you Crossovah

The average person reads about history, about the works of the great ones. Extraordinary people make history, and leave a legacy for the world to enjoy! Crossovah is about to make history! Crossovah is more than a male vocal group – they are a MOVEMENT! Never before has the music of the Caribbean, and mainstream urban music been blended so perfectly! The energy of soca, the swagger of hip-hop, the sensuality of R&B and the uplifting vibes of reggae; this perfect fusion could only be created by Crossovah!

Unlike so many groups in music today, Crossovah is not a collection of puppets dangling from the strings of the master, they are true artists, brought together and connected by the music!

The Crossovah movement began when the now inseparable friends met in High School in Florida. Ricardo Drue of Trinidad joined voices with Christopher ‘Criss’ Grant of Jamaica, later adding Joshua ‘J-Rah’ Jenkins of Barbados and Dave “Kupid” Richards of Antigua. They are what male vocal groups aspire to; amazing performers, incredible vocalists, phenomenal dancers, accomplished writers. A whole that is much bigger that the sum of it’s parts. In addition to their amazing vocal and writing ability, the groups’ harmonies are without doubt a true testament to their talent. The harmonies of an ‘old school’ R& B crooner, breathing new life to already blazing urban and island beats

Crossovah is dynamic, full of energy. just as a Tropical Storm changes the landscape in it’s wake, the music industry will forever be changed by Crossovah and it’s unique brand of Music. The group quickly made a name for themselves in Miami and Orlando by opening concerts for popular artists such as Sean Kingston, Fat Joe, Freeway Ziggy Marley, Machel Montano, R&B sensation Mario, and Elephant Man to name a few.

They also caught the ears of top soca producers Peter Coppin, producer of ‘Tempted to Touch’ (Rupee) and the ever blazing Coconut Tree riddim, Mastamind who produced ‘Don’t Stop’ (Shurwaye Winchester.) as well as Dwayne ‘Dwaingerous’ Antrobus producing such hits as ‘whinin season’ (Machel Montano) and ‘wukkin up’ (Patrice Roberts)

The buzz about their live show began spreading beyond their hometown leading to performances at Virginia’s Carifest, Miami Carnival, shows in Houston, and elsewhere. The groups debut video, ‘Hey Ladies,’ aired in over 20 countries on MTV Tempo. Crossovah is the emerging star on the Horizon, their music is soon to be blazing through main stream media across the world.