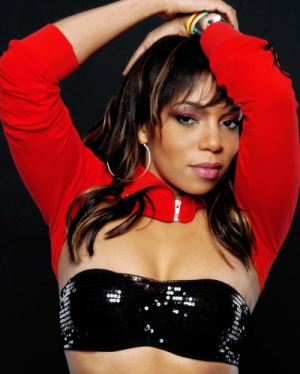 Destra Garcia, internationally known Soca singer and songwriter born in Trinidad, taking her music and her fans along for the exciting journey since her 1999 debut and the entertainer.

Her music has already proved its staying power and its ability to captivate multiple markets. Destra has won fans the world over and has set the mark for high energy live sets that leave audiences wanting more.

She firmly believes that you learn more as you grow. From experiences you learn from your choices. You have to do what you have to do to make yourself happy. She barely has time for herself, completing gigs with her band as well as handling solo performances and now her pride and new found joy to her life baby girl – Xaiya.

That’s just one of the sacrifices she’s had to make for her success. Another is spending quality time with her family and friends.

• 2006 – Destra signs up with telecommunications giant, Digicel to become their first female spokeswoman in Trinidad and Tobago.

• Destra has now released seven albums, her first being Red White and Black in 2003, ‘Laventille (pre release)’ & ‘Laventille’ – 2005, ‘Independent Ladies’ – 2006, ‘Soca or Die’ – 2007 and in 2008 ‘HOTT’. Her latest released album – ‘Welcome Back’ showcases all of her hit songs for 2011 as a soloist and having done three (3) collaborations, continues to be a favorite with her music now available at Amazon and i-Tunes. Her two (2) new releases (Beautiful Day and Breaking Away) have also created waves in the dance and house music categories.

• For the past six years Destra has won many awards and accreditations some of which include 14 Soca Awards and five COTT awards three of which were best female songwriter from 2004-2007 and best pan song 2006. She remains the most requested female Soca artists of the Caribbean and the world. Her latest acclaim would be ‘Best Female Soca Performer’ at the IRAWMA awards held in Trinidad earlier this year.

• Another great accomplish for the lady of many talents is the acquisition of having her own band for the last four years alongside her two other business partners.

Additionally, she’s determined to achieve her dream of taking soca music to international markets. A guaranteed hit with music loving audiences everywhere, her energetic performances and eye-catching costumes commanding cameras, you might think, it’s easy for all her success to go to her head but Destra knows the ropes in the competitive music arena. Audiences and critics always have their noses in the air for the next best thing, but she is prepared and her maturity is evident in her demeanor, her command of the stage, her writing and her sense of self.