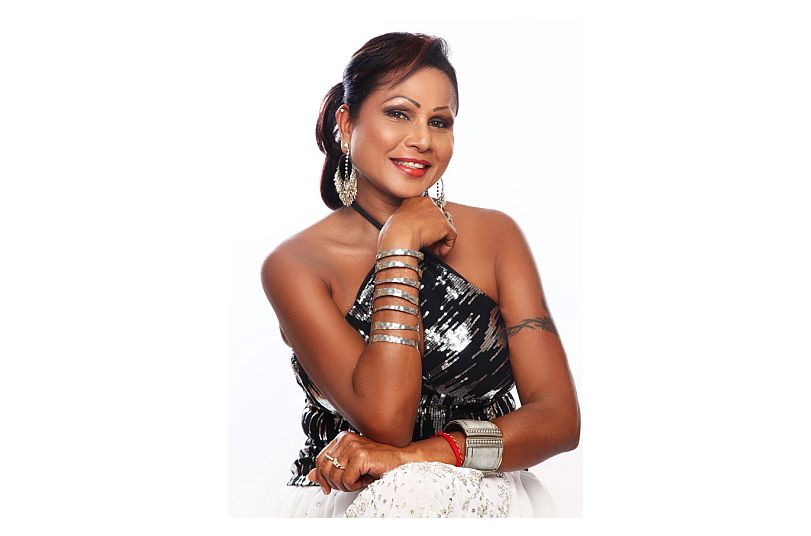 Drupatee Ramgoonai was born in Sunrees Road, Charlo Village Penal, Trinidad, on 2 March 1958. She started singing alongside her mother and in the temples at a young age, then went on to learn Classical singing at the feet of her trainer Ustad James Ramsewak, a veteran in the field. She also gained exposure on Mastana Bahar, the Indian Cultural Pageant, winning the local song category in 1983 and 1984. Her repertoire back then included local classical, bhajans, local songs and film songs. She also had some formal vocal training in Indian Classical music from classes under the acclaimed Professor Adesh.

Ramgoonai recorded her first crossover tune in 1987, entitled “Chutney Soca,” and gained moderate success in the calypso tents. The following year she had her mega-hit “Mr Bissessar (Roll Up de Tassa),” which brought her international acclaim and served as the nursery for this genre of music called chutney soca, resulting in a commercial market being created for this type of music as well. She was consistent for many years with hits such as “Pepper,” “Hotter Than a Chulha,” “Careless Driver,” “Motilal,” “Tassawalley,” and “Manzalina” and even the monster hit “Indian Gyal” with King of Soca Machel Montano. Her more recent contributions include “Mohana bina Gowna,” “Doh Beat Yuh Wife,” “Parosin Maco-ing,” “D Wedding Song,” “Chutney Soca Wine,” and “Violin.”

She has won Nafieta awards and various trophies plus other awards for her unmatched contribution to Chutney Soca music. She almost won the Road March title in Trinidad and Tobago in 1988, coming second. She is regarded as the Chutney Soca Queen for the blending of these musical styles in some of her songs like “Chutney Soca,” “Hotter Than A Chulha” and “Special Brew.” In recent years, she has even started doing soca parang at Christmas time, with songs such as “Chutney Parang” and “Fruit Cake.”

She created history as being the first woman of East Indian descent to sing calypso and soca, and has been one of the main targets of those who are scandalized by women and East Indians for singing Chutney and calypso/soca.

She is well known throughout the world for her hot and spicy Chutney soca performances. She has performed throughout the Caribbean, North America, Europe and even India alongside many internationally renowned stars. Up to this day, she continues to release tasteful music and do various performances across the globe and is still a force to be reckoned with. In Kumar Mahabir’s publication Portraits of Chutney Singers in Trinidad and Tobago (2012), she was hailed as the undisputed Chutney Queen Chutney. In 2016, Drupatee inked an exclusive catalog deal with the world’s largest music label for soca and chutney music, thereby bringing her full catalog of music to the global music audience.