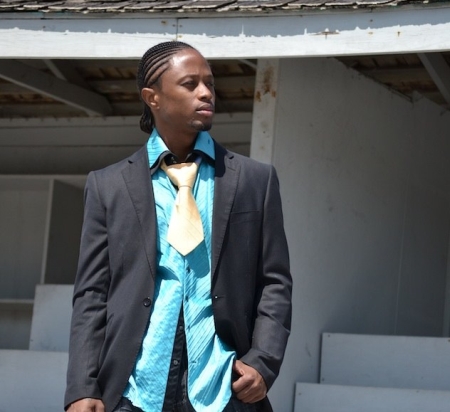 Dyson Nathan Knight 3/4 Bahamian 1/4 Bajan = 100% DYSON KNIGHT. Dyson was born on the Island of Nassau, Bahamas. He was musically schooled at Gospel Fellowship Church on Carmichael Road by his father, an eight degree oboe player, and socially trained at work with his mother, a vacation sales agent. There’s no wonder why Dyson Knight is who he is today.

‘My days go by much faster when I’m having fun’, says DYSON.

The statement explains why the talented entertainer always seems to let the good times role. ‘There’s never a dull moment when he’s on stage’ cooed one the many international guest that have had the opportunity to hang with DYSON in paradise.

DYSON KNIGHT has spent a few years performing and recording with the Nassau based band ‘XTRA’ and has quite a few local hits under his belt. With this band he recorded the album ‘Xtra Hot’ that hosted the popular songs ‘Drop Down and Come Up Slow’, ‘A Little Xtra’, ‘Sky Juice’, ‘Regatta Time’ and ‘Private Dancer’. During his time with ‘XTRA’ he also recorded songs on the albums ‘Keep Da Vibe Alive’, ‘Best of the Best’ and ‘KB and Friends’. With a whole heap of critical acclaim, Dyson caught the attention of the regionally popular band ‘Visage’ and recorded the latest album ‘Nuttin But Da Truth’. This album included hit songs ‘Baby Daddy’ and ‘Six & Half Dozen’. It is also worthy to mention, both ‘Private Dancer’ and ‘Baby Daddy’ have been nominated for the nationally prestigious Cacique Award.

As Baha Men’s newest member, DYSON is set on making the most of this ‘next step towards success’ as he’s still looking forward to a booming solo career. Describing his sound as ‘Caribbean with a soulful twist’, DYSON intends to enlighten the world on the vastness of Caribbean music.

‘When it comes to island music most people think of either steel pan or Bob Marley, that is a lot, but there is much more!’ says DYSON.