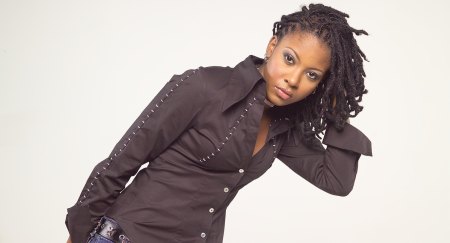 Just like her husband Bunji Garlin, Fay-Ann composes her own lyrics and melodies and has gone on to make her mark as a sultry, talented, young lady with hits as Display (Road March 2003), Freedom and Get On (Road March 2008).

Before becoming a solo artist in 2005 Fay-Ann released many hits while front lining for Soca band Invasion. She also delved in the Ragga Soca field with hits such as Breakaway, Most Wanted, That is Carnival, John Quickie and many others and has shown us her melodious side with groovy hits as Wave, The Lyrics King and The Lyon Empress and One Day.

Fay-Ann created history in Trinidad and Tobago Carnival 2009 by becoming the first woman to win the Power Soca title as well as going on to take the Groovy Soca Monarch and the bmobile People’s Choice titles with her 2009 Carnival contributions “Heavy T Bumper” and “Meet Super Blue”. She then went on to win the 2009 Road March title with her tune ‘Meet Super Blue’ becoming the first woman to take 4 major titles in a carnival season.

She is also the first woman to accomplish that feat while pregnant. Fay Ann first wrote her name in the record books when she became the youngest female winner of the Trinidad and Tobago Carnival Road March Monarch crown, which she accomplished with her song Display in 2003, exactly 17 weeks after her 22nd birthday. She is now the youngest solo artist (male or female), still actively recording, with multiple Carnival Road March wins. Machel Montano runs a close second with his double solo wins and a joint win with Patrice Roberts.

Fay Ann’s dominance of the 2009 carnival season in Trinidad and Tobago is a feat the likes of which have not been observed since David Rudder swept the Carnival Road March, Trinidad Calypso Monarch and Young King competitions in 1986. She now stands as the only female artist to win the Carnival Road March three times and the second to attain back-to-back wins in two consecutive years. Fay Ann is now the proud mother of a baby girl.