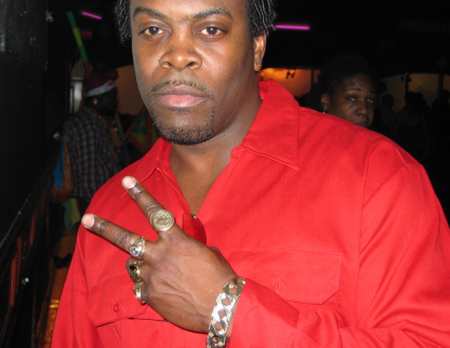 An example of great grassroots UK talent, Keety General has stamped his mark on the music industry and is set to soar to greater heights.

Keety General (A.K.A Mr Ragazar) is creative, energetic and brimming with exciting talent. He is popular both nationally and internationally, gaining a reputation for creating a vibrant buzz with his music. Keety is building a solid international following and has recorded for a host of contemporary artistes, with a track already featuring in the movies.

Having orbited with 24ct Golden Touch (previously ‘Prohecy’ sound system) since 1984, his years around the competitive world of sound systems and radio disc jockeying have equipped Keety with impressive sharp lyrics. His precise, fluid delivery keeps Keety general at the top of the list for UK ragga soca artistes. Keety General is an all round vocal entertainer, be it as a compere, radio D.J. or as a performer. He is quick to pick up a tone or mood and knows precisely how to react to please his audience.

1994 saw the release of his first single ‘Gangster Bone’ which was used in the Australian hit movie “To Have and To Hold”. In 1995 he recorded the hit “Saxon special” in collaboration with Aswad, which was released in Japan. Keety has gone on to release 18 more singles that have made raptures in the UK and internationally. He has taken his talents to the big stage in recent years and has completed his second UK tour with the widely acclaimed hit production “Ragamuffin”. His character; Mr Ragazar drifts smoothly between the two genres of Reggae and Soca.

Outside of the music scene Keety General is a health and personal fitness trainer. He spends many hours advising on fitness programmes and maintains a very strict regime of his own.

Keety made his first appearance on the soca stage in 1997 and released a track entitled “ragga salsa” before taking a year out to study. He returned to the Soca scene in 1999 and collaborated with Cecil Charles to create his version of the huge hit song “Grenada may god bless you” A classic tune in the soca fraternity. He has gone on to produce hits songs “Jamming, Ghetto people tune, Real Grenadian, National pride and “Give it up” which he produced with London’s SW Storm.