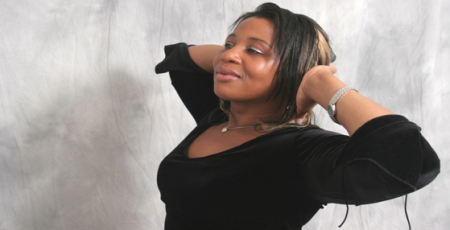 Lydia Roberts… Born in the Spice Isle of the Grenada migrated to Canada at age 20. Lady Lydz started to sing at the age of 10 with the Victoria Baptist church choir. She was given the opportunity to sing solo and that was the beginning of her singing career where during the Christmas season and church conventions she traveled Grenada performing in front of large audiences.

Her career continued in Toronto with Cyrus B Band as their lead back up singer performing in numerous road shows at the well know Bamboo Club downtown Toronto and the Big Blue in Hamilton, Ontario. In August 2000 she traveled to Chicago where she performed at the African Festival with African singer Qusi Selasie. In March of 2002 she went to Miami to pay tribute to Lady pearl.

Lady Lydz took a leave of absence from 2002 – 2004 to have her children now she is back on the music scene stronger than ever.

In 2005 she produced a mini album with Radford Ettiene of Sisum Sound in Toronto. There were two hit singles on that album Soca Queen and Shake a Leg; an upbeat melody that will make you dance. In 2006 she produced another mini album with Derrick Latouche of New York another fantastic album.

With the success of her mini album she entered in to the Calypso arena in Grenada in 2005 and 2006 and as a new comer had great success. In 2006 she qualified to enter the Soca Monarch Competition. She has now work with the Top Calypsonians & Soca artist from Grenada, Carriou & Petit Martinique; Ajamu, Inspector, Randy Isaac, Tall Pree, Boogie B & Mr. Killer the new Calypso Monarch of Grenada.

In 2007 Lady Lydz performed in the UK for the first time at Soca in the City 26th May, she performed with Lil Rick, Tallpree and Clay. It was a successful performance as she gained many new fans and her tunes are played on the radio in the UK. With Grenada carnival in August Lady Lydz has released a track from her new album called Passion. The track for Soca monarch is called ‘Something’ and her groovy monarch track called ‘Can’t let go’ has been one of the most played tracks in Grenada. With the semifinal list for Grenada carnival 2007 coming out middle of July Lady Lydz seems to have the world at her feet.