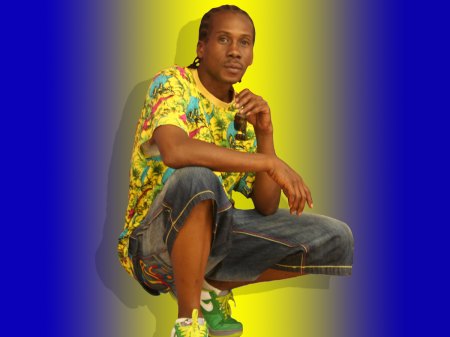 Best known for his ‘wuk up’ performance, a Bajan term used to describe his enviable pelvic gyration, Lil Rick has undisputedly earned himself the infamous title as the ‘Hypa Dawg.’ Guaranteeing his fans non-stop hype from the moment he enters the stage, they watch in awe as he commands crowds of screaming fans to attempt his well choreographed movements.

Since the release of well known tracks ‘Bumper Inspector’ and ‘Hard Wine’ in 1997 which marked his entrance onto the soca scene, he has released hit after hit and copped several titles throughout Barbados’ Crop Over festival. In 1998 he won the Party Monarch Title with ‘Down Behind the Truck’ and in 2002 and 2003 he won both the Party Monarch and Road March Titles with hit singles ‘Hypa Dawg’ and ‘Mash Up & Buy Back’ respectively. Throughout the years, Lil Rick has collaborated with the likes of soca diva Alison Hinds, Edwin Yearwood, Keann and Madd together with Trinidadian soca stars Machel Montano and Iwer George.

In 2005, his album ‘Spontaneous’ was one of the most anticipated releases for the Crop Over festival demonstrating his prowess as a songwriter. He shocked fans with his rendition of the romantic ragga soca ‘Be My Girl’ and his collaboration with Edwin Yearwood on the track ‘Friends’ dispelled any rumors that there was any rivalry with his equally loved contemporary.

Together with the immensely popular ‘Do Fuh Do’ which won him the Ragga Soca Monarch title (2005) and the soca chart topping ‘Til Morning Come’ which features on the Madness Rhythm, this year’s album remains Rick’s most heavily rotated to date.

Lil Rick’s fan base extends beyond the soca arena into the deejay and dancehall culture. Fans are guaranteed to find him deejaying across the island every weekend throughout the entire year irrespective of his involvement in the Crop Over festival.

Before entering the soca arena, Rick was the reigning dub king in Barbados. All he needed was a catchy beat with a dominant bass line and he would chant a rhyme over it, much to the delight of his audience. At the age of 16, he had honed and fine tuned his chanting act to the point where he was opening for enormously successful reggae acts like Beenie Man. After a particularly impressive performance opening for reggae superstars Buju Banton and Mad Cobra it was his collaboration with well known producer Peter Coppin which produced a string of hits and propelled him into the soca arena and established him as a lyrical force in the music industry.

With four albums to his name – Challenge (1997), We Surviving (1999), More Hype (2003) and Spontaneous (2005) the majority of the music from this devoted father of four can be found on compilations executive produced by Monstapiece Entertainment.