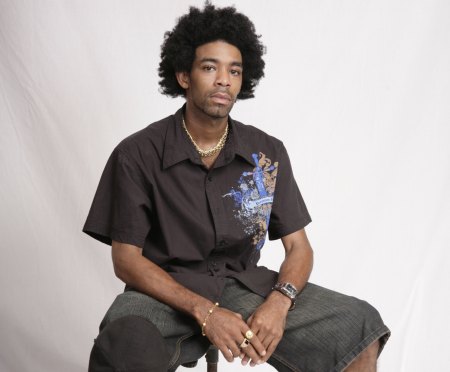 Very few artists have enjoyed success at an early stage in their careers like Ricky T. Ricky ‘Teasel’ Joseph better known as Ricky T. is signed under the record label SLU Records which is based in St. Lucia. Ricky T. entered the Soca world in 2005 and has already been awarded back to back ‘Roadmarch’ titles.

His songs are from a chosen few that were able to cross borders and break boundaries by becoming mega hits outside St. Lucia. Ricky T.’s name evolved from DJ’ing dancehall at local events and at popular night clubs in St. Lucia. His commanding voice and witty lyrics instantly made him a favorite who seems to be constantly in demand. He entered the Soca world to expand his music portfolio and gain exposure as an entertainer. Ricky T. still intends to exploit his dancehall ambitions but for now he appreciates the publicity and rewards of being one of the newest and most popular Soca entertainers in the world today. His ‘Road march’ hits, ‘Container’ (2006) and ‘Pressure Boom’ (2007) are both on regular rotation on radio stations and at night clubs world-wide.

The Pressure Boom re-mix with dancehall superstar Mr. Vegas is also storming the world’s Soca charts. Ricky T. is expected to release his first music video by October 2007 for the chart-topper, ‘Pressure Boom.’ Remember the name Ricky T. because this name will resound and prevail at Carnivals and Soca events world-wide.