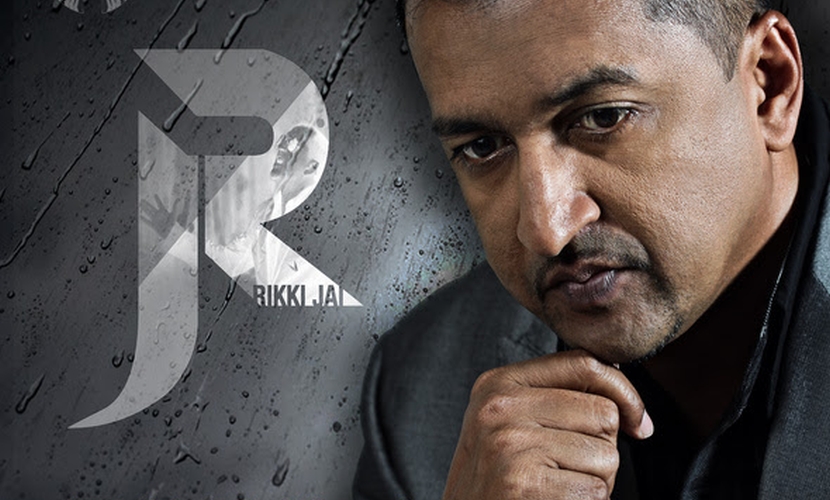 Rikki Jai the hugely popular chutney-soca artist from Trinidad, has been entertaining the crowds since 1989 with a string of hits. Since 1998 Rikki has been involved in the Chutney Monarch Competition in Trinidad and has been crowned a record breaking six times.

Rikki Jai was born Samraj Jaimungal, the fifth child in an East Indian family of six in Friendship Village, San Fernando. Raised in the Hindu faith by a mother who spoke Hindi, Jai discovered a love of music and began performing with local Indian bands Triveni and Naya Andaz.

His calypso career began in 1989 on the Spektakula Forum stage with a song by Gregory Ballantyne titled “Sumintra”. The song about a East Indian woman who told her boyfriend about her preference of Soca over the Indian artist Lata Mangeshkar became an instant hit.
Many other hits would follow including, show me your motion (1990) and wine on a bumsee (1993). After 1993 Jai began performing and recording primarily in the Chutney Soca arena and hits such as Doolahin, Rosie Bilna and Jarah Lagehla propelled him into the International arena.

He is currently represented by Question Mark Entertainment — a management camp that includes other respected artists such as Maximus Dan, Kes and Nadia Batson, and is in high demand for his energetic and charismatic performances all over the U.S. the U.K and beyond.

Jai prefers to stay home when he is not performing. He told the Sunday Express in July 2000, When I leave the stage I tend to do family-oriented things. I don’t like clubs and I don’t like to party, I love movies and river limes. My big thing is renting a movie and just kicking back and staying close to those I have known all my life.”

Most recently Rikki Jai just completed a tour of five cities in Germany (performing as part of a contingent to promote Trinidad and Tobago culture and to support the Soca Warriors effort).