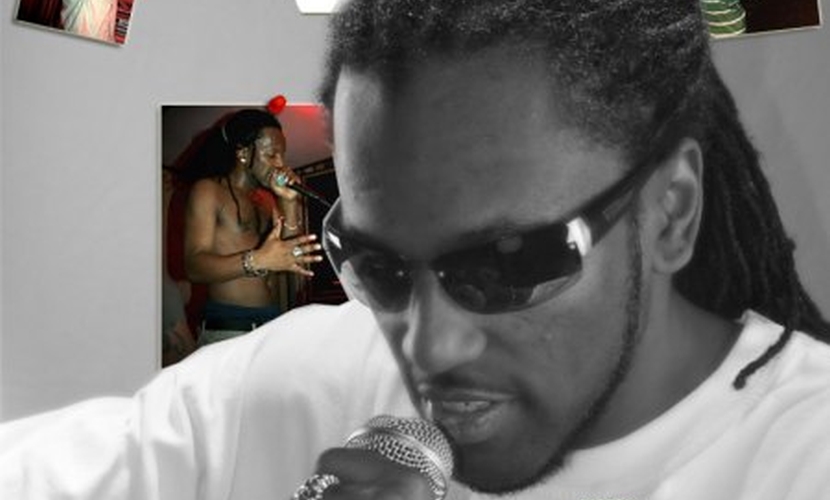 Scrappy, a Soca artist representing the Caribbean island of Montserrat arrived on the international Soca music scene with the hit anthem for Montserrat’s Carnival 2005, ‘Always Home’ and the hot track ‘Mad Feevah’. If you love the sounds of Soca and Carnival then this is definately one for you.

Scrappy’s passion for music is astounding, particularly his ‘love for Soca’. It is this same passion that is his driving force for working towards goals and reaching milestones in his life including the release of a successful and promising solo Soca album, more in the making, a solely founded production label, the title of ‘Montserrat Soca Monarch 2005-2006’ while simultaneously raising the caliber and standard of the Soca monarch competition there.

Scrappy released his Soca solo album, ‘Soca Is Life’ July 2007, which included his 2005 debut single and Road March song ‘Always Home’ that gave him recognition in the Soca arena followed by his current UK Soca chart entry ‘Love Me’ and his new hot blazing release ‘Carnival SOS’
The question remains, What started this passion and inspired this dream? Being born to a Montserratian mother, who has a rich musical family background, and a Trinidadian father would help to explain this. At age five, Scrappy began exploring his musical talent by always singing along with his mother, as she listened to her favourite artists ranging form Bob Marley, to Peter Tosh to Gregory Isaac. In addition, it was around this tender age that his mother bought him a toy piano. While meddling around with it, Scrappy taught himself how to play – he is a self-taught pianist. On his father’s side, he listened to a different flavour of music from artists such as Kenny Rogers, Randy Travis, and The Mighty Sparrow. All of these artists have influenced his musical style. This was the dream in the making.

Growing up, there were several musical competitions that Scrappy participated in. His first exposure to the Montserrat public as a musician was when he entered the local show, Star Search, and later the Junior Calypso Competition. Entering the Junior Calypso Competition had proven successful, as Scrappy in his very first year managed to come out victorious through a very tough and highly aggressive competition. He then became a household name in the tiny island of Montserrat and competed again the following year to defend his title against a much stronger and higher level of talent. He managed to do the double, and recaptured the crown, and thus remaining the Junior Calypso Monarch that second year. The dream was still in the making.

After migrating to the island of Antigua, Scrappy’s musical talent was even more enhanced. He occasionally tapped into music, and would ever so often meet up with upcoming artists and have lyrical battles with various musically styled artists. This exercised his talent and enabled him to become a more versatile artist in the world of music. The magnitude of his dreams was fully realized after relocating to the United Kingdom. Scrappy studied music at Riding Tide in East London, where he nurtured his production skills as an artist.

One day he came across an artist who had a home studio and who created all of his musical instruments digitally. Scrappy was determined to learn how to do this, and his determination was not in vain. This was simply another goal met. Scrappy writes his own songs, sings them, does the back up, creates the instruments and beats digitally, performs – he is indeed a well rounded artist.

In addition to the musical side of his dream, Scrappy also manages the business side. He solely founded, owns, and runs a production label, called Danger 1 Productions. Currently, Danger 1 Productions focuses on music and entertainment. However, in the near future Scrappy is considering expanding his company to include digital design services.

Soca music has just been shifted into a gear now called ‘hyper-soca-matic’. This is all due to Montserrat soca artist Scrappy. Scrappy has for the third year managed to give the soca arena a next reason to keep their ears open and give space to this young vibrant soca act. Scrappy’s summer release ‘Start To Bounce’ produced by fellow Montserratian producer/artist ‘SocaChild’ has been the heat and energy of one of the world’s most diverse and multicultural carnivals, London’s Notting Hill Carnival. Also look out for the smooth silky groovy soca track title ‘Be Mine’ also produced by ‘SocaChild’ and the club banger ‘Take This Wine’ featuring Blee.

His 2011 album, S.O.C.A – Soul Of Caribbean Artform. The album boasts of music from multiple producers in the Caribbean entertainment circuit, such as Chronik X, Dj Shaker HD and Junez to name a few. Click here to read the interview.

The newly formed band, Tropical Storm will be making their London debut in January 2012 and making sure that the UK soca market knows very well that we have a locally based band that can create that caribbean party atmosphere to remind us of how fortunate we are of being West Indians.