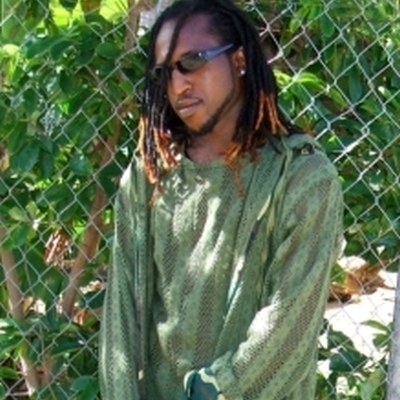 Andrew ‘Simple Dan’ Noel, the son of Agatha Penny of Boca St. Georges’s and Joseph Noel of Munich St.Andrew’s was born in the ghetto of Movant in Trinidad.

At the age of 3 he first started singing and dancing, using his family and friends as his audience. Each performance he did he would recreate his frequent visits to the calypso tents which his parents would take him to. Even at that age you could tell that Andrew had a love for music being then youngest amongst the audience taking in and enjoying the performance of the greats e.g. Mighty Sparrow, Lord Kitchener, Ras Shorty and Bill Trot Man, just to name a few.

He then migrated to Grenada at the age of nine with his mother, older brother Nigel Noel and younger brother Irvin ‘Chucky Dan’ Noel to the village of Boca St. George’s.

Where he attended Beaulieu RC school for primary education. Andrew then went on to study Boca secondary school where he picked up special likeness for literature and a passion for writing short stories. With this passion for writing short stories with the use of similes, metaphors, irony and personifications he was able to improve his writing capability. This achievement won him school awards and recognition from his principal Victor Antoine.

Andrew then combine his love for music and his love for story writing into use by helping his younger brother ‘Chucky Dan’ with his song writing [dance hall chanting]. Encouraged by his younger brother he started writing his own songs. The duet became a trio with the addition of Therone “Maximillian” Francis, taking Grenada by storm with there lyrical style of chanting. This gave them recognition in the dancehalls and 1st place in a number of dancehall clash competitions.The group went on to win a place in the talent such competition finals, which showcased their talent in stage performing. Their natural ability to captivate the audience, delighted the show promoters and also the scouts from Impact Production, a management company out of Trinidad. Under the management of impact production they did there first soca track entitled ‘We Do Care’ winning them third place in the northeast Soca Monarch competition.

The following year Simple Dan featuring ‘Roxanne’ represented the group with a song entitle ‘Small Problems’ which shocked the judges and the audience with there performance which won them 1st place.

The group went on to successfully defend their title for two consecutive years and make it into the Soca monarch semifinals with songs like ‘Carnival Dread’ and ‘bun them’. They also drew the attention of London based singer and musical arranger ‘Kerwin Du bois’ and together they did a combination named ‘thing call ting’ at Kenny Phillip studio in Trinidad. After five years of success in the soca arena the group decided to venture out as solo artist in order to strengthen their chances for a national Soca Monarch title.

Simple Dan continued to work on his song writing skills and focus mainly on composing positive and anti corruption songs with aims of taking things to another level. One day he was contacted by ‘Papa Jerry’ a well known lyrical master who tested Simple Dan lyrical skill with a combination track entitle ‘Bad Mine People’.

Simple Dan then joined forces with fellow artist an insanely gifted musical arranger Andrew ‘Oricey’ and other members of the Oracle recording studio. And with the addition of ‘Yaga’ a fellow artist and close friend, they combined their efforts to build solid tracks and hopefully a strong recording label.

Look out for his Tracks 2k7, All the Food and Lion.