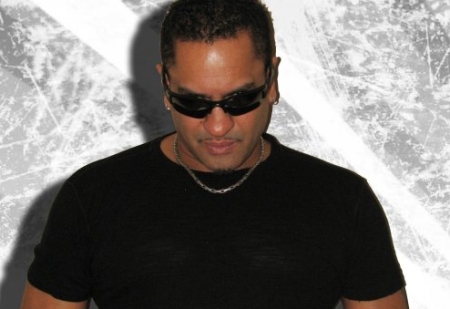 Sina Wayne AKA SW Storm, the singer/songwriter, born to London-based Trinbagonian parents, SW Storm has been consistently performing and releasing Soca music throughout the UK and other parts of the world for over ten years. After many years of boxing and kickboxing at championship level, including representing Trinidad & Tobago in the ring, Storm decided to hang up his gloves and turn his attention to his childhood love, ‘Music’.

His musical career began as a Funk/rock singer with ‘A band called Desire’ on the music circuit in England. However his love for Soca Music was always there and after numerous trips to the carnivals of his parents’ homeland and many other Caribbean carnivals, Storm went into the studio and began his plan to fuse the infectious rhythms of the Caribbean with the music culture of the UK.

The result was a 5-track debut LP entitled ‘Island Fury’ which was released for the 1997 Trinidad & Tobago Carnival season. This release contained the big hit songs ‘Nice’ and ‘Groove Me’ receiving great airplay on radio and extensive play of this video on Trinidad TV. His first carnival season had Storm performing extensively all over Trinidad where he left his audiences totally entertained.

SW Storm has become a regular name on the ‘Trinidad Carnival’ diary each year where he releases music and is found performing at many events. With his fusion of Soca, flavoured with blends of R&B, Indian, Bhangra, Turkish, Reggae and Rock, Storm has developed a sound that is moving audiences worldwide.

This artiste continues to go from strength to strength and can be found far and wide delivering powerful performances at festivals and concerts all over the world. Storm enjoys the benefit of performing with his own band ‘Island Fury’ and also travels at times performing Solo.

Since his first release in 1997, Storm has been a consistent artiste spurning a number of hits over the years in many Territories including Trinidad and Tobago. After 7 albums, 3 music videos and a number of singles all written and produced under his own label SWS Music there will be no calm before or after this Storm!