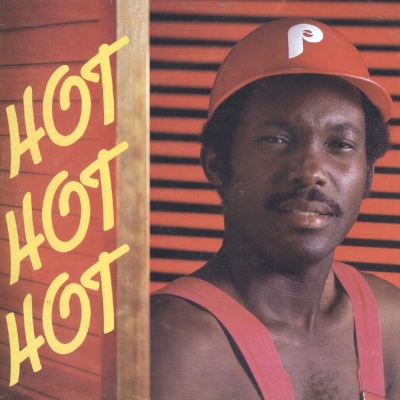 Alphonsus ‘The Mighty Arrow’ Cassell was born in Montserrat in 1954, and is regarded as being the first ‘star’ of Soca music. His debut single Dance with Me Woman gave him initial success as did hits Bump and Wine and Long Time.

His most famous track which gave him international success was Hot Hot Hot, which made Arrow a worldwide name, putting calypso, soca and caribbean music into the limelight.

Arrow has over 33 music albums under his belt. The hugely popular Hot Hot Hot has sold over 15 million copies worldwide, and millions of copies recorded in twelve different languages, and different versions.

Arrow made history when he became the first calypso soca artist to be awarded the prestigious MBE by the Queen for his service to music.

Arrow continued to work in music and TV until his death in September 2010 after a long battle with cancer.