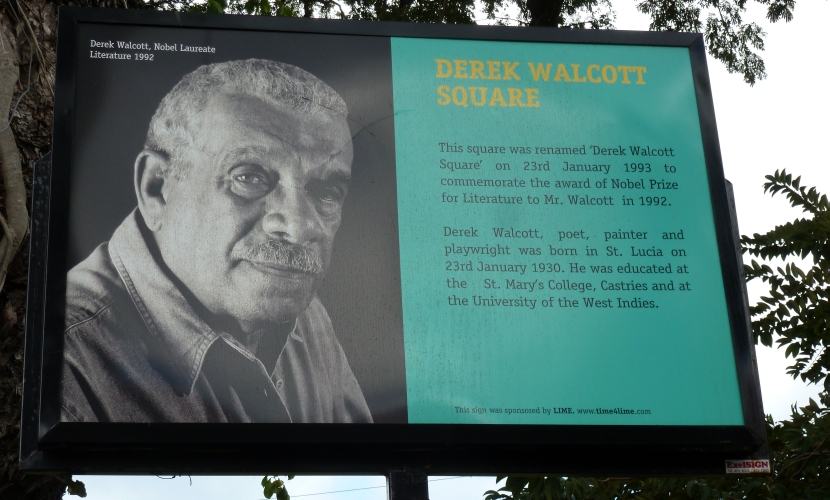 Derek Walcott Square is an interesting place to stop by for sightseers in the heart of the St. Lucia’s capital, Castries.

Derek Walcott OBE OCC (born 23 January 1930) is an award winning poet and playwright and St Lucian National Hero. Born and raised in Castries he was awarded the Nobel Prize in Literature in 1992. The following year in 1993 the square was renamed in his honour.

There are shady trees and places to sit, relax and watch the world go by, (Look out for the 400 year old Samaan tree, known locally as the Massav treeor) or have a stroll and take in the atmosphere. On Saturdays you might catch the market and soak up some St Lucian Culture.

St Lucia is home to two Nobel Laureates and in addition to the bust of Walcott, there is also a statue of Economics Nobel Laureate Sir Arthur Lewis in the park.

Just across from the square is the Cathedral of the Immaculate Conception. Built in 1897 it is known to be the largest church in the Caribbean at around 200 ft long and 100 ft wide.

Every year during the St Lucia Jazz Festival visitors in Castries can enjoy the ‘Jazz on the Square’ event.

Jade Mountain named number one in the Caribbean