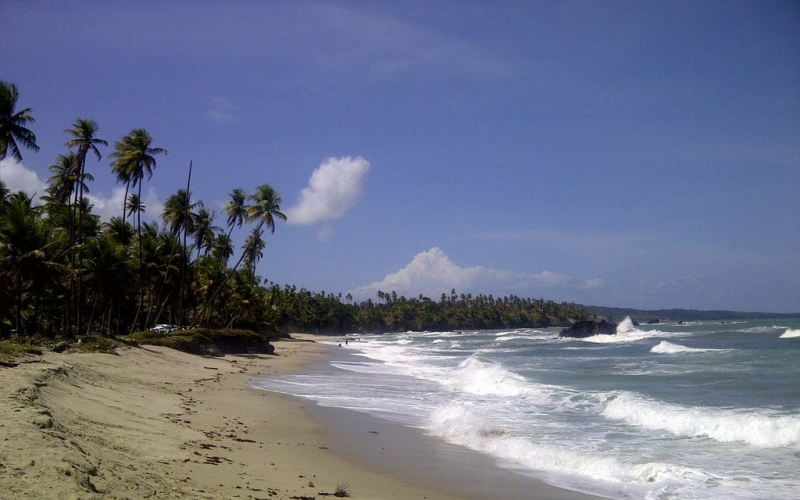 Trinidad’s dynamic landscape ranges from lush green mountains, rainforests, rolling plains to swampland. There is a large industrial sector on the island with reserves of oil and gas. Trinidad owes its rich, cosmopolitan flavour to the different nations who have settled there since Columbus arrived. The French, Dutch, British, African and Indian influences form a cosmopolitan population, which is evident in Trinidad’s cuisine, nightlife and music. The capital, Port of Spain surrounded by lush green hills, is the business centre. Shops and market stalls buzz with activity alongside modern skyscrapers.

Calypso is the sound of Trinidad, and steel pan is the national instrument. The island’s main annual attraction is the Trinidad Carnival, and is the largest in the Caribbean. Mas camps spend a majority of the year practicing and creating the lavish costumes and floats for the parade. Tourists and locals participate in the annual event, which meets at the Savannah, in the heart of Port of Spain.

Tourism in Trinidad is on the up. Traditionally holiday makers would head straight for Tobago which is a couple of hours away by boat, or a 25 minute flight, however today Tourism figures in Trinidad are rising. There are a small but growing number of beach resorts and holiday makers can enjoy a range of activities, including water sports and fishing (deep-sea or inland), hiking and jeep safaris. For nature lovers the Trinidad Botanic Gardens in Port of Spain is a popular attraction.

On the north and east coasts are some beautiful beaches for sun worshipers and water sports enthusiasts. Cricket is the major spectator sport, the season runs from February to June. Throughout the season national and international matches are held in Port of Spain’s, Queen’s Park Oval.