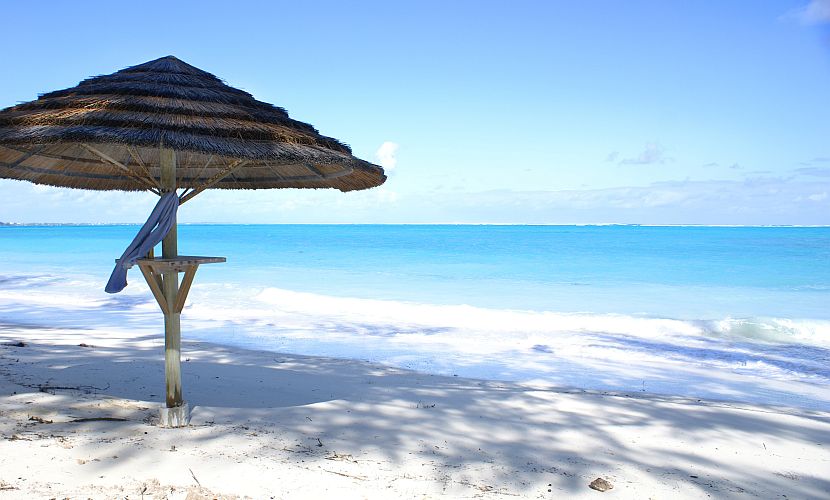 The Turks and Caicos is made up of 40 islands of which only 8 are inhabited and is located at the end of the Bahamian Island chain, southeast of Miami. The island attract tourists back year after year the stunning sandy beaches and crystal clear water. Snorkelling and scuba diving in the reefs and wrecks, island hopping and relaxing on the many beaches, Turks and Caicos has it all.

The busiest island is Providenciales or ‘Provo’ to the north, is home to the famous Grace Bay, 8 km of soft sandy beach backed by 5 star hotels and resorts. Look out for National Treasure JoJo the Bottlenose Dolphin who plays and has been happily interacting with locals and tourists since the 1980’s.

For colonial architecture, history and diving in the protected coral reef head to the capital, Grand Turk. The small island is home to the National Museum, the The Grand Turk Lighthouse and some of the best diving on the islands. Nature lovers can take whale watching tours to catch a glimpse of the humpback whale migration every year from around February to April.

Just south of Grand Turk is Salt Cay, declared a UNESCO World Heritage Site, the site was once the world’s largest producer of salt, from the late 1600s until the early 1960s.

Most of the islands are only a short flight from Provo and can also be reached by ferry or boat.

Tourists can find accommodation to suit all styles and budget from resorts, small hotels, condominiums, guesthouses and villas.