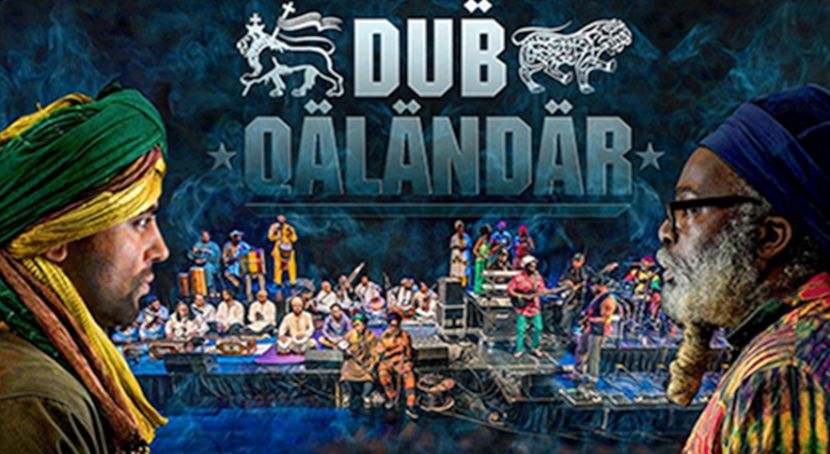 As part of the Birmingham Weekender The Drum proudly present: DUB QALANDAR

Dub Qalandar is an intercultural music, dance and percussion spectacular which has been specially created as the closing signature event for the Birmingham Weekender Festival. Over 30 master musicians and artists will come together in a spiritually uplifting tapestry which pays tribute to Birmingham’s rich cultural diversity.

Director of Arts at The Drum and Creative Director of Dub Qalander, Mukhtar Dar talks about his inspiration for this event. “I have organised reggae concerts, I have organised Sufi concerts and I’ve danced the night away at dub sessions. In Dub Qalandar I’ve attempted to bring the artists and the audiences for these distinct yet similar musical genres together. Sufi music and roots reggae are essentially rooted in philosophies of spiritual enlightenment and the negation of earthly desires. A symbolic commonality between the followers of roots music, are the dreadlocks adorned by the Rastafarians and the wondering mystic of the subcontinent.”

Dub Qalandar is infused with Sufi sensibilities and infectious reggae vibes, as a project it draws on and pays tribute to Birmingham’s super diversity. “Everyone at the Drum, the artists and production team are all delighted to be part of Dub Qalandar and the closing finale to the Birmingham Weekender festival” added Mr Dar.

*Please note: This event is FREE but ticketed. Tickets can be only arranged at Town Hall Symphony Box Office by calling the Box Office 0121 345 0600. Please note booked tickets are unreserved by area (eg if you book a ticket for the stalls you can sit anywhere in the stalls). No transaction fee will be charged. If you would like tickets posted there will be a £1 charge.