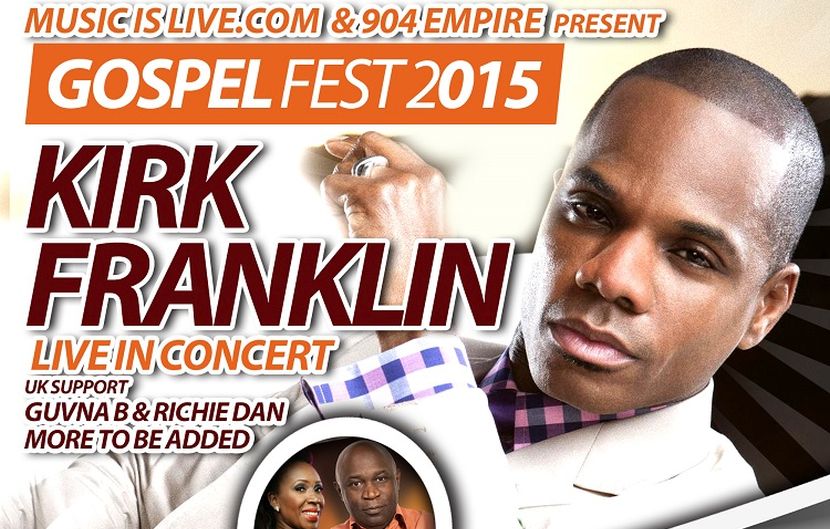 Grammy-Award winning star and Gospel music icon Kirk Franklin has announced he will be performing his much anticipated and critically acclaimed Explosive & Dynamic Gospel Ministry in London for the first time in Nearly a decade.

Kirk Franklin has set Trends, broken records and reached millions through his music For nearly two decades, Franklin has been a multi-platinum-selling pioneer in gap-bridging musicianship, uniting audiences across gospel, hip hop, pop and R&B.

The Genius fusion of his positive wholesome message and urban beats have made him a mainstay atop Billboard charts for a double decade.

Franklin has accomplished and achieved what only a handful of artist across any genre have attained, there is no doubt that from all appearances Gospel Fest London uk is about to witness Kirk Franklin at his Very Very best!!.

Get your tickets NOW!