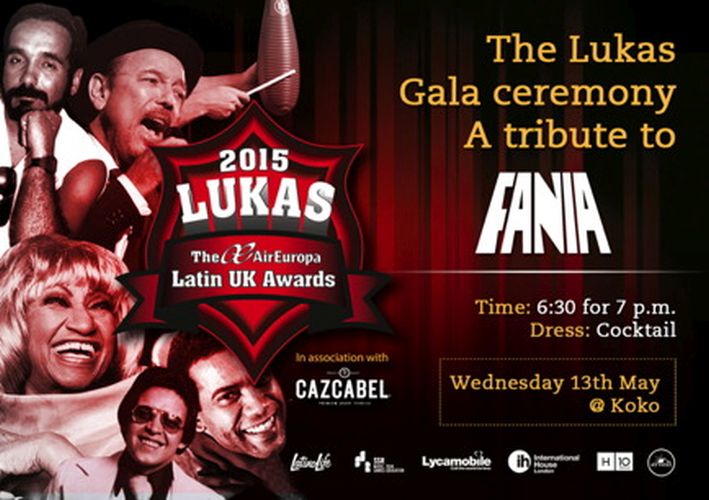 Awards will presented to the winners of this year’s Dance, Music, Sports, The Arts, Business and Community categories, which include Phantom of the Opera lead, Geronimo Rauch and West Ham Footballer, Enner Valencia. Awards will be interspersed with performances by Britain’s leading Latin dancers and musicians.

Picking up The LUKAS Fellowship Award is Jorge Spiteri, the pioneer of Latin Music in the UK and godfather of Latin Funk, who influenced a generation with his fusion of Latin music and rock. Jorge returns to KOKO, the very venue where he broke his unique Latin Rock fusion and expect an explosive Live set from his Latin Funk All Stars…

Dress: Stylish and smart
Over 18 only (ID may be required)