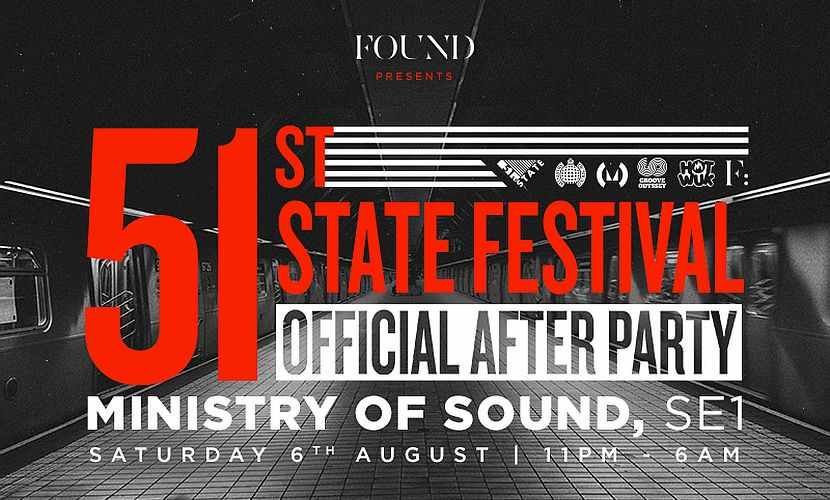 Official 51st State After Party at Ministry of Sound

As the second edition of 51st State Festival comes to a close at Trent Park on Saturday 7th August, the party moves south as Ministry of Sound prepares to host a colossal lineup across four rooms of music spanning, house, disco, soul, funk, dancehall, reggae and more, for an all-night after party.

The lineup will feature a host of brands and huge special guest artists from the festival.