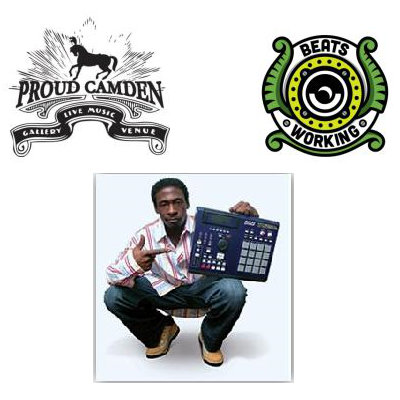 Proud Camden and Beats Working are thrilled to announce that The Godfather of Hip Hop Pete Rock will be in London on the 26th of February for a one-off London night. More than just a gig, the master will be giving a true masterclass in Hip Hop DJing, showcasing 30 years of music with only the best and most carefully selected tracks from Soul and Funk to Motown and Hip Hop.

Hailed by many as the Godfather of Hip Hop, Pete Rock is one of the most influential artists in the history of the genre’s production, alongside the likes of Doctor Dre and Wu Tang’s RZA. From the golden era of the 90’s Hip Hop, Pete Rock originally caught the attention of labels, listeners and fellow producers releasing two genre’s classics: “All Souled Out” and the “Mecca and the Soul Brother” with legendary MC CL Smooth.

Through 7 LP’s and EP’s, it is impossible to measure the profound influence Pete Rock had on sampling and hip hop producers throughout the last decade. This legend has recently announced he will be producing the forthcoming De La Soul LP.

Support from Dave Murkage and Society of Numbers

Doors will open at 8pm with Society of Numbers and Dave Murkage from the MURKAGE collective to kick off proceedings.
Doors: 8pm
£16 Advance / £20 last release
Tickets available from Ticket Fairy.
Proud Camden Tel: 020 7482 3867