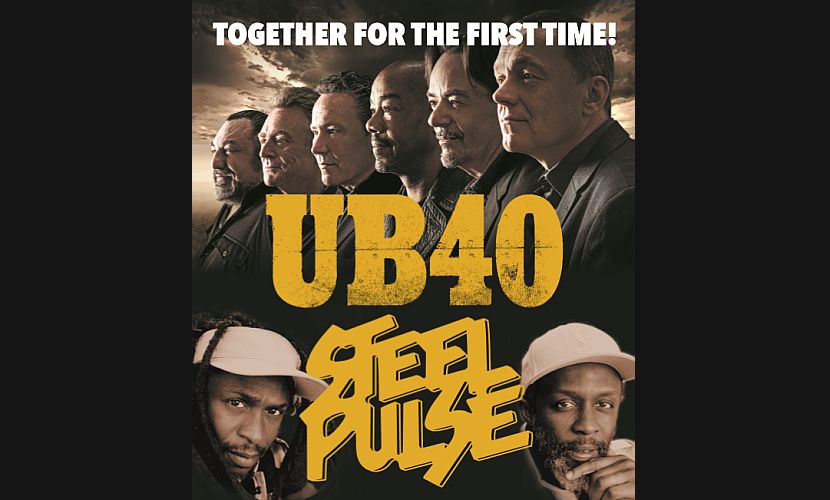 Birmingham’s reggae legends UB40 and Steel Pulse have confirmed they will play two very special shows together for the first time in December 2015.

The first show will take place at London’s O2 Academy Brixton on Sunday, 20th December, followed by a hometown show at the O2 Academy Birmingham on Monday, 21st December.

Steel Pulse’s lead singer David Hinds said, “Yes, this is history in the makings when the two Birmingham giants have come together to make our city proud. This is a legacy to be witnessed and documented and treasured for the rest of our lives. Forget about the million dollar question as to why it took so long. The hard core fact is that it is happening and we hope everyone will “show up” for this “show down” come December 2015. We, Steel Pulse, will be celebrating our 40th anniversary, too.”

UB40 formed in 1978, naming themselves after the unemployment benefit form, before releasing their debut album ‘Signing Off’ in August 1980 – considered by many to be one of the greatest reggae albums ever released by a British band. It was the start of a career that has since seen the band have over forty UK Top 40 hit singles and achieve sales of over 100 million records, making UB40 one of the most successful British groups of all time

Formed in 1975 at Birmingham’s Handsworth Wood Boys School, Grammy Award-winning Steel Pulse have been true to their roots for the past forty years. One of Bob Marley’s favourites, the band has maintained a sense of fierce integrity as it strives to get the message of love and justice across to all people. They won a Grammy for their 1986 album ‘Babylon The Bandit’, and received further Grammy nominations for the albums ‘Victims’, ‘Rastafari Centennial’, ‘Rage & Fury’, ‘African Holocaust’ and ‘Vex’.