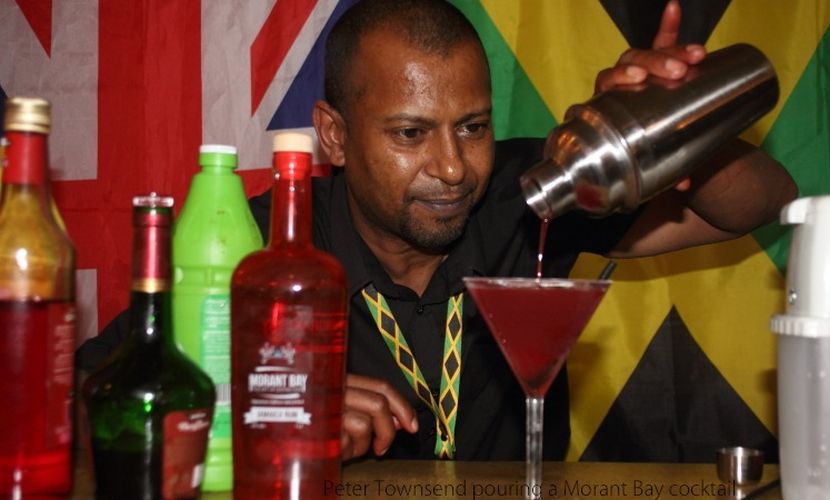 Rum & Sugar is a Rum bar and restaurant with over 150 rums stocked, located in West India Quay adjacent to the The Museum of London Docklands. It’s aptly named after the historic buildings that stored rum and sugar imported from the West Indies in previous centuries.

The staff have created six unique cocktails all exclusively available at Rum & Sugar throughout August, designed and refined to showcase the mixing ability of this unique spiced red rum.

This particular rum is unusual as it both British and Jamaican, due to the fact that it’s produced in Britain, but is rooted in the Jamaican sugar industry and history of the founder and creator Peter Townsend, whose family connections goes back several generations. The Townsend family were sugar cane suppliers to the Tate & Lyle sugar refinery in Jamaica, with that same sugar being imported into the UK.

Peter Townsend will be on hand on Wednesdays to talk about history of the rum and the creation process of this uniquely British award-winning spirit, at Rum & Sugar, located next door to the Museum of London Docklands at West India Quay. To find out more about Morant Bay Distillery and the award winning rum you can visit http://MorantBayDistillery.com or follow on twitter and find them on Facebook

The Morant Bay Distillery is a family rum business based in Surrey, it has historical links to the sugar trade in Jamaica going back to the late 1800’s. The Distillery operation was set up to divest from the main sugar business in Jamaica into rum production as an expansion opportunity to set a UK based operation.

The CEO and founder of Peter Townsend has spent a number of years developing this British produced rum, before he felt it was right to release it to the public. In June it received an international award just 10 weeks after its debut launch in March at the International Food & Drink Expo.

A History of the Caribbean in Dishes