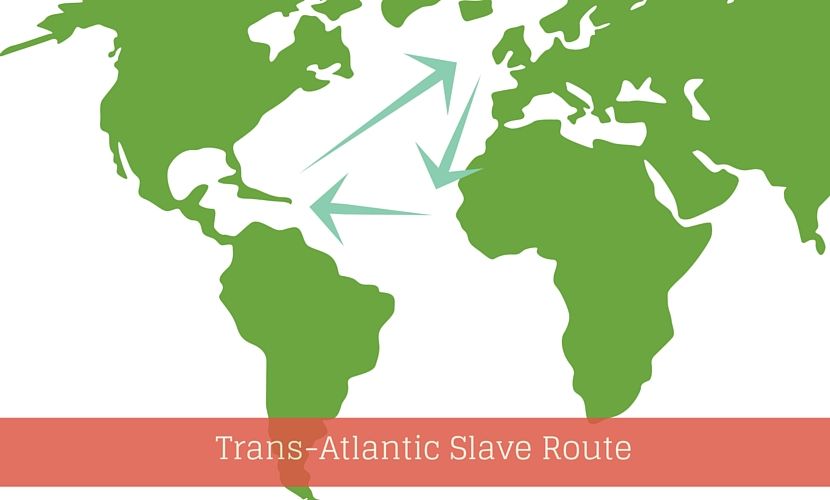 Learn more about times and dates of important events during the era of the Atlantic Slave trade.

John Lok, a merchant from London journeys to West Africa and brings African men from the coast of Ghana to England.

First English slave expedition by Sir John Hawkins. Sir John Hawkins, became a sea captain and in 1562 became the first Englishman to start capturing people in Sierra Leone, to sell in Hispanola (Haiti and Dominican Republic) The following year his cousin was Francis Drake, who joined him in these activities. Hawkins was knighted by Elizabeth I. Sir John Hawkins continued on another voyage to the Caribbean and died in Puerto Rico in 1595.
Read more about John Hawkins

Queen Elizabeth I issues a proclamation saying that ‘all Negroes and blackamores’ are to be arrested and expelled from the kingdom.

The first written evidence of Black people being sold in this country. William Bragge claims £6875 from the East India Company for assorted goods, including “thirteen negroes or Indian people” –

Royal Africa Company is established granting a monopoly on the English Slave Trade.

In 1698, Parliament yielded to their demands and opened the slave trade to all. With the end of the monopoly, the number of slaves transported on English ships would increase dramatically — to an average of over 20,000 a year.

Start of the First Maroon War in Jamaica. British agree a treaty with the Maroon leader Cudjoe in 1739.
Read more about the history of Jamaica

illegal to remove a slave from England against his will Slavery declared illegal in England, ireland and Wales. Lord Mansfield played a key role in ending slavery in England, by his judgment in Somerset’s Case.

Ottobah Cugoano publishes the first attack on slavery written by an ex-slave: Thoughts and Sentiments on the Evil and Wicked Traffic of the Slavery and Commerce of the Human Species.

Olaudah Equiano, freed slave and prominent campaigner against slavery, publishes his autobiography becoming highly influential in the anti-slavery movement, ‘The Interesting Narratives of the Life of Olaudah Equiano’.

William Wilberforce introduced the first Parliamentary motion to abolish the slave trade in Britain and its possessions.

Following a rebellion led by Toussaint L’Ouverture on the island of St. Domingo, the French government abolishes slavery among its colonies. Napoleon Bonaparte then imprisons Toussaint and re-establishes the slave trade in 1802.

Abolition of Slavery British Empire Bill passed, with effect from 1834 and providing for up to six year ‘apprentice’ transition £20M as compensation to slave owners