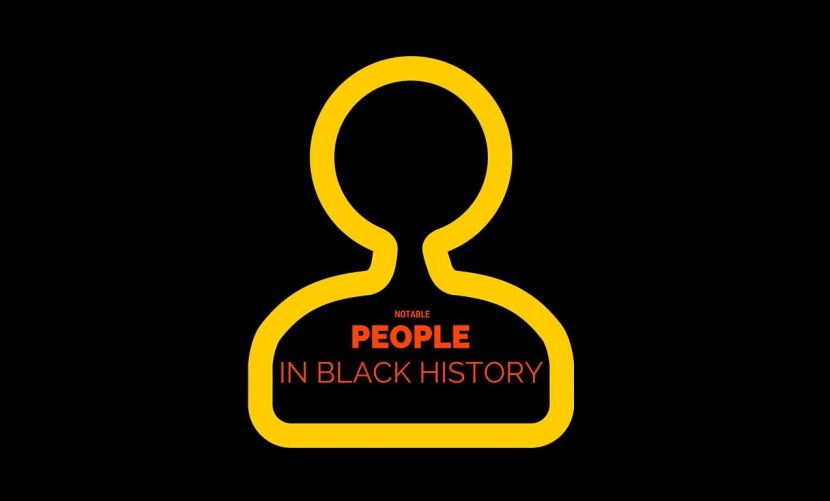 Although there are records African people in Britain as early as the 12th Century, it was not until the 17th and 18th Centuries that there was a significant increase of Afro-Caribbean population in Britain.

Find out more about notable people in Black history, from Africa, the Caribbean and Britain.

ADAMS – Grantly Adams
Activist and Barbados National Hero
Sir Grantley to become the first Premier of Barbados and the only Prime Minister of the now defunct West Indies Federation. He was a social reformer bent on achieving human rights for the people of Barbados.
Read more about Grantly Adams

ALDRIDGE – Ira Aldridge
Theatre – Shakespearean Actor
Ira Aldridge, one of the most famous Shakespearean actors of his time. Born near New York City in 1807, he had a sensational career and became the first black actor to achieve celebrity in the theatre.
Read more about Ira Aldridge

ARCHER – John Archer
Politician and activist
The story of John Archer, London’s first Black mayor gives some insight into race and politics in Edwardian England. He is remembered for an outstanding record of service to his local community and his career in politics, and his role in the struggle against racial discrimination.
Read more about John Archer

ATWELL – Winifred Atwell
Music – Pianist
Winifred Atwell born in Trinidad, was hugely popular in the UK, the biggest selling pianist of her time, and was the first black person to have a number one hit in the UK Singles Chart.

BARBER – Francis Barber
Assistant to Dr. Samuel Johnson
Francis Barber was the man-servant of the famous 18th Century writer, Samuel Johnson. He lived with Johnson in his house in Gough Square, close to Fleet Street. Barber was a well known playboy and womaniser. When Johnson died, he left his employee an inheritance on condition that he leave the bright lights and temptations of London in favour of the countryside. Barber moved to Staffordshire with his family and his descendants still live there to this day.

BUSSA – Bussa
National Hero – Barbados
Freedom fighter Bussa, is remembered for leading Barbados’ longest slave revolt in April 1816. In 1999, Bussa was named as one of the national heroes of Barbados.
Read more about Bussa

BOGLE – Paul Bogle
National Hero – Jamaica
Freedom fighter, and Jamaican National hero since 1969, Paul Bogle led the famous Morant Bay Rebellion in 1865, which turned out to be one of the defining moments in Jamaica’s struggle for political and economical advancement.
Read more about Paul Bogle

CESAIRE – Aime Cesaire
Martinican poet, author and politician
Aime Cesaire born in 1913, in Martinique, is probably the best known poet in the French Caribbean. His poetry and drama have brought him great recognition and a reputation as a leading poet and statesman. He went on to become Mayor of Fort de France in Martinique in 1945. He is the author of many papers, poems, and plays. In 1968, he published the first version of Une Tempête, a radical adaptation of Shakespeare’s play The Tempest for a black audience. He died on the 17th April 2008 and was given a state funeral on April 20th, held at the State de Dillon in Fort-de-France with President Nicolas Sarkozy in attendance.

CONSTANTINE – Lord Leary Constantine
Britain’s first Black peer
Born in Trinidad in 1902, Lord Leary Constantine became the first person ever to successfully challenge colour discrimination by a service industry. He was a welfare officer in the RAF, and was refused service in a London Hotel, he later wins damages. Constantine was made an MBE in 1945, knighted in 1962, and elected a life peer

CUGOANO – Ottobah Cugoano
Author and servant UK
Also known as John Stuart, Cugoano, the author of Thoughts and Sentiments on the Evil of Slavery (1787) became a slave after being kidnapped from what is now Ghana. As a free servant in England he worked for the painter Richard Cosway.

DUMAS – Alexandre Dumas
Writer
Alexandre Dumas (1802-1870)was the famous French author of ‘The Three Musketeers,’ ‘The Count of Monte Cristo,’ ‘The Man in the Iron Mask,’ amongst other famous works. Born in France, his grandfather was a French nobleman, and his grandmother, Marie-Cessette, had been a slave in the French colony of Santo Domingo.

EQUIANO – Olaudah Equiano
Abolitionist and Writer
Olaudah Equiano, also known as Gustavus Vassa, Equiano, the author of The Interesting Narrative of the Life of Olaudah Equiano (1789), became a slave after being kidnapped from Nigeria. After a career at sea he bought his own freedom and later came to England where he became the leading Black campaigner for the abolition of slavery, and spokesperson for the London Black community. His bestselling book was of great influence to the abolition movement.
Read more on Olaudah Equiano

FAGAN – Albert Fagan
Playwright and Actor
Born in Jamaica, Alfred Fagan arrived in England in 1955. His varied career saw him join the army in 1958, become champion middle weight boxer in 1962, then travel the country as a calypso singer. He eventually settled down in Bristol and embarked on a new career in writing and acting, on stage and screen) appearing in British TV shows in the 70’s and 80’s.

FANQUE – Pablo Fanque
Black British circus owner
Pablo Fanque, born William Darby in 1796 in Norwich was a circus performer in his youth and became the only Black circus owner in Britain. He died on 4th May 1871

FORBES BONETTA – Sarah Forbes Bonetta
African Princess in the UK
Sarah Forbes Bonetta, a West African tribal princess who was orphaned at an early age. She was rescued by Captain Frederick E. Forbes, of the Royal Navy and presented to Queen Victoria as gift. Victoria was impressed by the girl’s exceptional intelligence, and had Sara raised as her Goddaughter.

FANON – Frantz Fanon
Psychiatrist, revolutionary thinker and writer
Born on the island of Martinique, and educated in Paris Fanon’s produced pioneering theories on identity, race, and studies of the psychological impact of racism on both colonized and colonizer. His two major works include Black Skin, White Masks and The Wretched of the Earth. (1921-1961)

GARVEY – Marcus Mosiah Garvey
National Hero – Jamaica
Marcus Garvey is recognised as a key figure in the struggle for racial equality. He founded the UNIA (Universal Negro Improvement Association) and championed the ‘back to Africa’ movement of the 1920s. His legacy makes him an inspirational figure for civil rights leaders and politicians today.
Read more about Marcus Garvey

GORDON – George William Gordon
Activist and Jamaican National Hero
George William Gordon was a free colored land owner and an associate of Paul Bogle. As a member of the House of Parliament, he used his position to highlight the sufferings of the people and to make a plea for changes. The Morant Bay Rebellion and the deaths of Bogle and Gordon kick started the beginning of a new era in Jamaica’s development.
Read more about George William Gordon

JONES – Claudia Jones
Notting Hill Carnival – UK
Claudia Jones, a visionary and pioneer who dedicated her life to the struggle for workers and equal rights in the 20th century. While much of her early work as a feminist, Black Nationalist, political activist, community leader, journalist and communist, which was done in the USA, she is also remembered in the UK as ‘the mother of Notting Hill Carnival’.
Read more about Claudia Jones

L’OUVERTURE – Toussaint L’Ouverture
Hero of the Haitian revolution
Toussaint L’Overture one of leaders of the Great Haitian Slave Revolt In 1791, was the son of an enslaved African chief in St Dominique (the island of Haiti and the Dominican Republic). He led a rebellion against slavery, defeating armies from France and Britain to allow in 1804 the establishment of Haiti, the first free Black Republic in the world.

NANNY – Queen Nanny
National Hero – Jamaica
Queen Mother Nanny, (Nanny of the Maroons) whose portrait is on the 500 Jamaican dollar bill, was the great 18th century leader of the Windward or Eastern Jamaican Maroons. She is famous for her heroic struggle against the British colonial empire and its institution of slavery in Jamaica.
Read more on Queen Nanny of the Maroons

SAID, Sayyid Said ibn Sultan
Ruler of Oman and Zanzibar
1791?–1856, ruler of Oman and Zanzibar. He became ruler of Oman in 1806, with British help he started to reassert Oman’s power in East Africa. In about 1840 moved his capital to Zanzibar, and introduced cloves that would go on to became the foundation of the island’s spice economy. He also controlled the Arab traders that brought back slaves and ivory from inland Africa.

SANCHO – Ignatius Sancho
Composer, Actor, and Writer
Ignatius Sancho was a famous composer, actor, and writer, and was the first Black-Briton to vote in a British election.

SEACOLE – Mary Seacole
Nurse and Carer
Born in Jamaica, Mary Seacole was a heroine of the Crimean War, and she established herself as a pioneer of the nursing profession.
Read more about Mary Seacole

SHARPE – Samuel Sharpe
National Hero – Jamaica
Samuel Sharpe, a creole slave born in 1801 Montego Bay Jamaica, is remembered for his leading role in the Christmas revolution of 1831, which was a key event in the fight for the abolishment of slavery.
Read more about Samuel Sharpe

WALCOTT – Derek Walcott
Poet, Playwright, Writer
Derek Walcott was born in 1930 in the town of Castries in Saint Lucia. He is one of St Lucia’s most celebrated heroes, He is the author of more than twenty collections of poems and plays, including Omeros, The Arkansas Testament, and The Bounty. He won the Nobel Prize for Literature in 1992.

WEDDERBURN – Robert Wedderburn
Poet, Playwright, Writer
Born in Jamaica, Robert Wedderburn was the son of an aristocrat and a black slave. After a brief stint as a seaman he became a preacher and campaigned to end slavery.

WELLS – Nathaniel Wells
Britain’s only known Black sheriff
Nathaniel Wells, the son of Welshman William Wells, who owned plantations on St Kitts, and Juggy, a female slave. In 1818 he became Britain’s only known Black sheriff when he was appointed Sheriff of Monmouthshire. Wells also inherited his father’s plantations and slaves in St Kitts. When slavery was abolished in the colonies in 1833, Wells was compensated by the Treasury, along with white slave owners.

WILLIAMS – Francis Williams
Jamaican Scholar
Francis Williams was born of free black parents in Jamaica, and was educated at Cambridge University at the duke of Montagu’s expense. His portrait painted in 1745, is on display in the Victoria & Albert Museum.