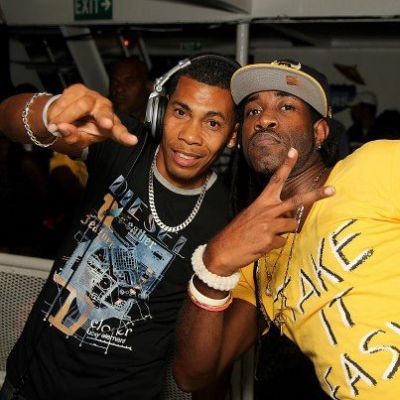 Charm Carnival is abuzz with excitement these days. The newest mas band on the carnival scene in 2013 is enjoying tremendous acknowledgement by patrons who are eager to get a slice of what’s being offered.

Already sections like Mesmerize are close to being sold out- this after it was made public information that the section was created by the wife of soca artiste Blaxx, Jemima Stewart. Owners of the band, Robert and Sharon Amar are however saying that there are some spaces still available in some of the other beautiful sections.

With some of the most ‘out of the box’ ideas being presented by this newcomer to the Carnival scene, organisers behind the scenes at Charm Carnival’s headquarters on De’Verteuil Street in Woodbrook are nodding with approval and affirmation- assuring that nothing will surpass the innovations they’re presenting this year.

From their much touted ‘A Class’ drinks trucks, which will offer patrons ease of delivery and accessibility to their servers, and of course, properly structured washroom facilities and not to mention state of the art costuming for all hardware in the band, Charm Carnival is promising seamless delivery of its product to both patrons and spectators alike on Carnival Monday and Tuesday.

“We’re going to set a precedence here. As I’ve said before – over the years we’ve concentrated too much on making money in the mas, versus delivering more to the people who spend their money. We are going to change things a bit,” said Robert Amar. He is confident that this year will be the year of change for many bands who, after seeing what Charm Carnival will offer, will up the anti and deliver more to the benefit of their masqueraders, in the seasons to come.

Persons who have already registered with the band, will now be privy to further information relative to the DJ lineup, which will certainly include masters of mixing like Howie Tee, Marlon Mr. Music and others whose skill in music delivery have made them household names. “We’ve sat back for years and listened and looked on as DJs gave masqueraders the same 15 songs all day – delivering nothing but agony to these people who spend thousands to play mas. Music for the road is different from music for a club or a boat ride.

Our DJs are going to offer Charm masqueraders the perfect setting to parade the streets all day, without pain. They’ll be enjoying the music so much that they’ll hardly realize when the sun sets on Carnival Tuesday. That’s what we will show the rest- ultimately, how to give the people an all-round good time,” said Amar.

The all-inclusive magical carnival experience, as it is being referred to by the team, is ready to take to the streets in what will ultimately be an unveiling for the world to enjoy. Amar who has been in this industry before, is well known for his innovative mind.

A perfectionist of sorts as well, the man who has made a name for himself in media, entertainment, talk radio, vehicular sales and so many other areas of life, promises that he is not about to let any of the band’s supporters down. ” This is a band for the women of Trinidad and Tobago and the world. The men will enjoy being a part of Charm because the lovely women in this band will feel comfortable enough to even mingle and party heartily all day long,” he said.